Syria's representative to the UN claims that aid meant to regions in Syria should not be politicized, according to SANA. 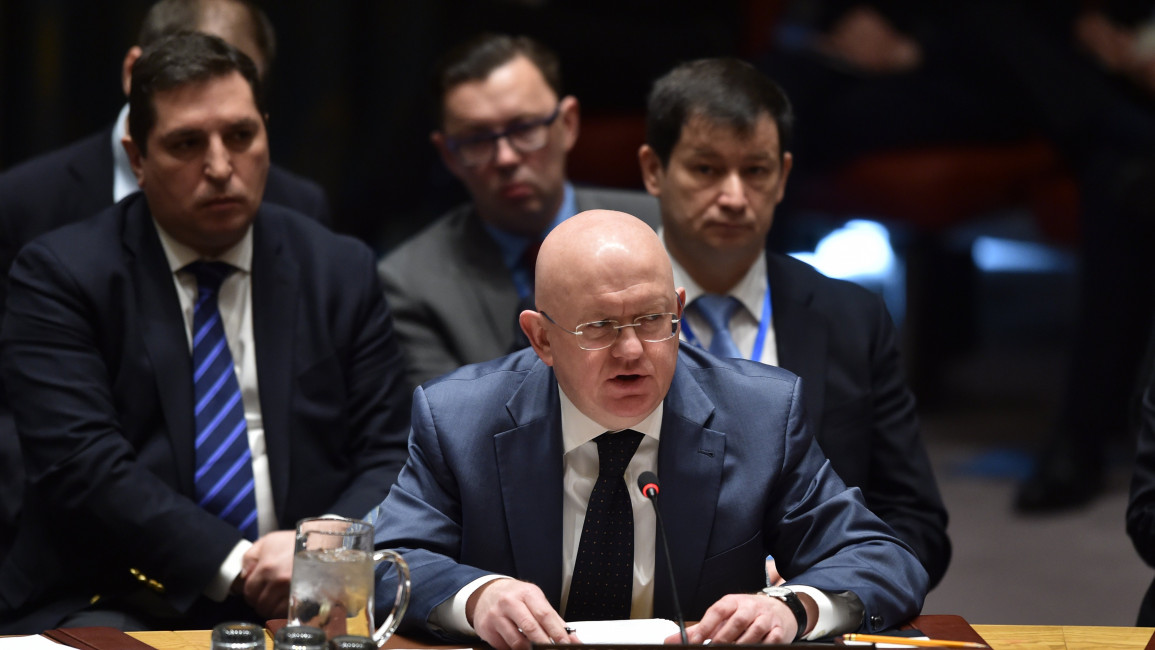 Syria’s Permanent Representative to the United Nations, Bassam Sabbagh, has affirmed that the improvement of the humanitarian situation in Syria requires immediately lifting the unilateral coercive measures that were imposed on it, ending the plundering of its resources and national wealth, and stopping the politicization of humanitarian action.

During a Security Council session dedicated to discussing the situation in Syria, Sabbagh highlighted the need to support the efforts of state institutions to alleviate the suffering of the people. He also stressed the need to provide assistance and services to the Syrians, including the support to development goals and the rehabilitation of the damaged infrastructure to facilitate a safe, dignified and voluntary return of the displaced and refugees.

Sabbagh noted that statements by some countries during the session show that they are still exploiting the Security Council as a platform to politicize the humanitarian action in Syria, practice political hypocrisy, and promote a deceptive approach that diverts discussions from their main topic to prolong the humanitarian crisis in Syria.

He reiterated Syria’s rejection of this politicized mechanism of cross-border aid, saying that it was a temporary exceptional measure whose reasons and the circumstances that motivated its adoption no longer exist.

He noted that the practical application of this mechanism confirmed all that Syria had warned of regarding the grave violations that dominate it. The mechanism violates Syria’s sovereignty and serves the interests of the Turkish occupation and the terrorist organizations affiliated with it, on top of which is “Hay’at Tahrir al-Sham, formerly Jabhat al-Nusra,” which controls Idleb and its surroundings.

Sabbagh decried the report of the Secretariat General which praises the Turkish side, “while the practices of the Turkish regime were and still are one of the most important and most dangerous causes of the crisis in Syria.”

Sabbagh indicated that the main and influential part of the United Nations humanitarian and relief work in Syria was and is still being carried out from inside Syrian territory in coordination and cooperation between the Syrian government and humanitarian partners. He pointed out that this mechanism is the most consistent with international law and respects the principles of Syria’s sovereignty, unity, and territorial integrity, which are confirmed by all relevant United Nations resolutions.

Russian Permanent Representative to the United Nations Vassily Nebenzia has also made remarks in the same vein.

He said that Syria’s humanitarian problems should be resolved with due respect to the country’s sovereignty and the Mechanism for Cross-Border Aid Delivery into Syria (CBM) must not be used without Damascus’ authorization.

“There is a solution to the serious humanitarian problems in Syria and such a solution is not the extension of the cross-border mechanism,” he said at a United Nations Security Council meeting. “The reasoning that it is more convenient for humanitarian deliveries is not convincing. We are convinced that the task of respecting Syria’s sovereignty and territorial integrity, as we have been repeatedly saying, must be observed not only in words but in deeds.”

China’s Permanent Representative to the United Nations, Zhang Jun has stressed that any humanitarian aid provided by the international community must pass through the Syrian government and respect Syria’s sovereignty and territorial integrity.

He renewed his country’s call to immediately lift the coercive unilateral measures imposed by Western countries on Syria and help it restore normal life on its entire territory.