The White Helmets receive a contract to make PPE, flights between Aleppo and Beirut resume, wanted refugee arrested in Greece and more coronavirus cases reported. Catch up on everything that happened over the weekend. 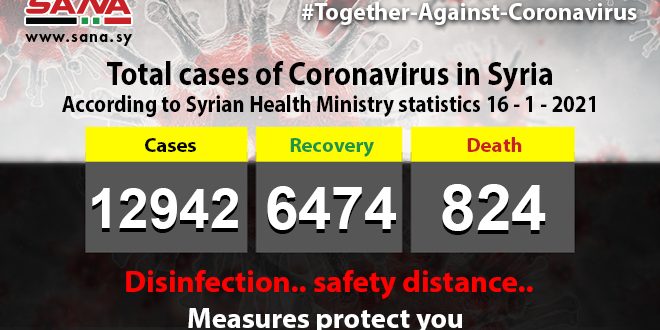 1. Syria’s Nobel Prize-nominated White Helmets have received more than 1 million dollars in funding to produce lifesaving personal protective equipment (PPE), Al-Araby Al-Jadeed reported. The Syrian Civil Defense, was awarded 1.6 million Canadian dollars for local production of eight million face masks and other forms of PPE. The funding was awarded by the Humanitarian Grand Challenge, an initiative sponsored by the US, UK, Canada and the Netherlands.

2. Syrian Air conducted its first flight in a decade between the northern city of Aleppo and Lebanon’s capital Beirut early Friday, resuming a round-trip route that’s been halted since Syria’s conflict began in 2011. Precautionary measures against the coronavirus were in place, with passengers required to show PCR tests that were taken less than three days before the flight, according to SANA.

3. Greek authorities have arrested a 37-year-old Syrian asylum seeker wanted in the Netherlands for suspected terrorism offences, a police official said on Friday. The man, according to Asharq Al-Awsat, arrived on the island of Samos from Turkey on Oct. 4, 2018, and was later transferred to a migrant facility near Thessaloniki where he was arrested on Wednesday under an international arrest warrant issued by Dutch authorities, according to the official. Two earlier applications for asylum in Greece had been rejected, he added.

5. One person was killed and six others were wounded on Sunday when an explosive device on a vehicle transporting bread to a town in the northern countryside of Aleppo Governorate was detonated, Al-Masdar reported. According to local reports, a 39-year-old man was killed and a woman and her child were among the wounded in what appears to be a targeted attack near a popular market inside the town located near the city of Azaz along the Turkish border. Local reports said that the explosive device was planted on a Suzuki truck that was used to transport bread to the area.