Coronavirus is continuing to spread across Syria, with more cases being reported in both regime and liberated areas reports Shaam News. 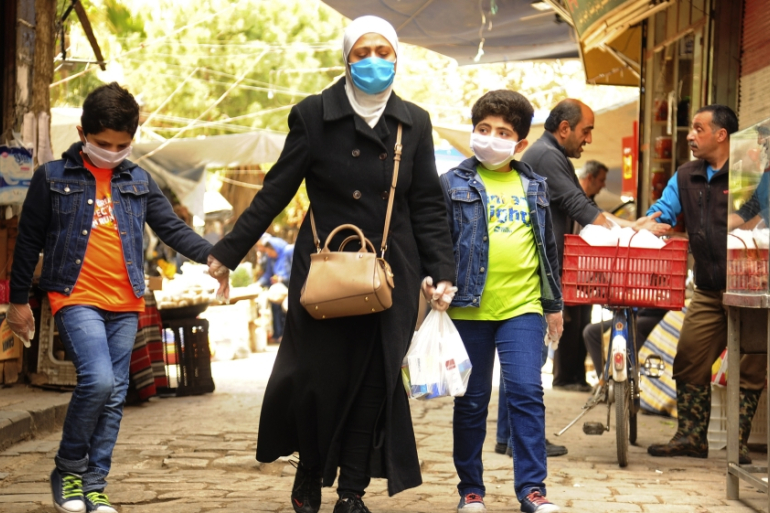 The Autonomous Administration has extended the lockdown in its areas of control.

The EWARN Response Network in the Aid Coordination Unit revealed 103 new cases of coronavirus in the liberated areas in northern Syria, bringing the total number of infections to 19,447. Aleppo and Idleb recorded 175 recoveries, raising the total number of recoveries to 10,477, according to the most updated numbers issued by the health authorities in the liberated north.

A member of the coronavirus advisory committee in Syria, affiliated with the regime, Dr. Naboug al-Awa, said that the situation has become more dangerous, based on the numbers of infections announced by the Ministry of Health, as well as other infections which have not been announced.

In an interview with a pro-regime website, Awa stated that the coronavirus threatens everyone, not only adults, but also children, who are among the ones who transmit the disease the most. He said that the Minister of Education is once again working to prolong the mid-term holiday, in order to ensure students stay home, as they have been the main vectors of the disease in the past.

The Autonomous Administration, via the Health Authority, recorded 47 new cases of the coronavirus, while preventive measures were absent, with land and air movement between the regime’s areas and the regions in the northeast of the country at full throttle. This brings the number of infections in the areas under the control of the Syrian Democratic Forces (SDF) to 7,698 cases.

On Sunday, the Autonomous Administration announced the extension of the partial lockdown in its areas of control from Jan. 4, 2021.