Turkish forces have cut off the water supply from the Alouk station, depriving around one million people of clean drinking water reports North Press. 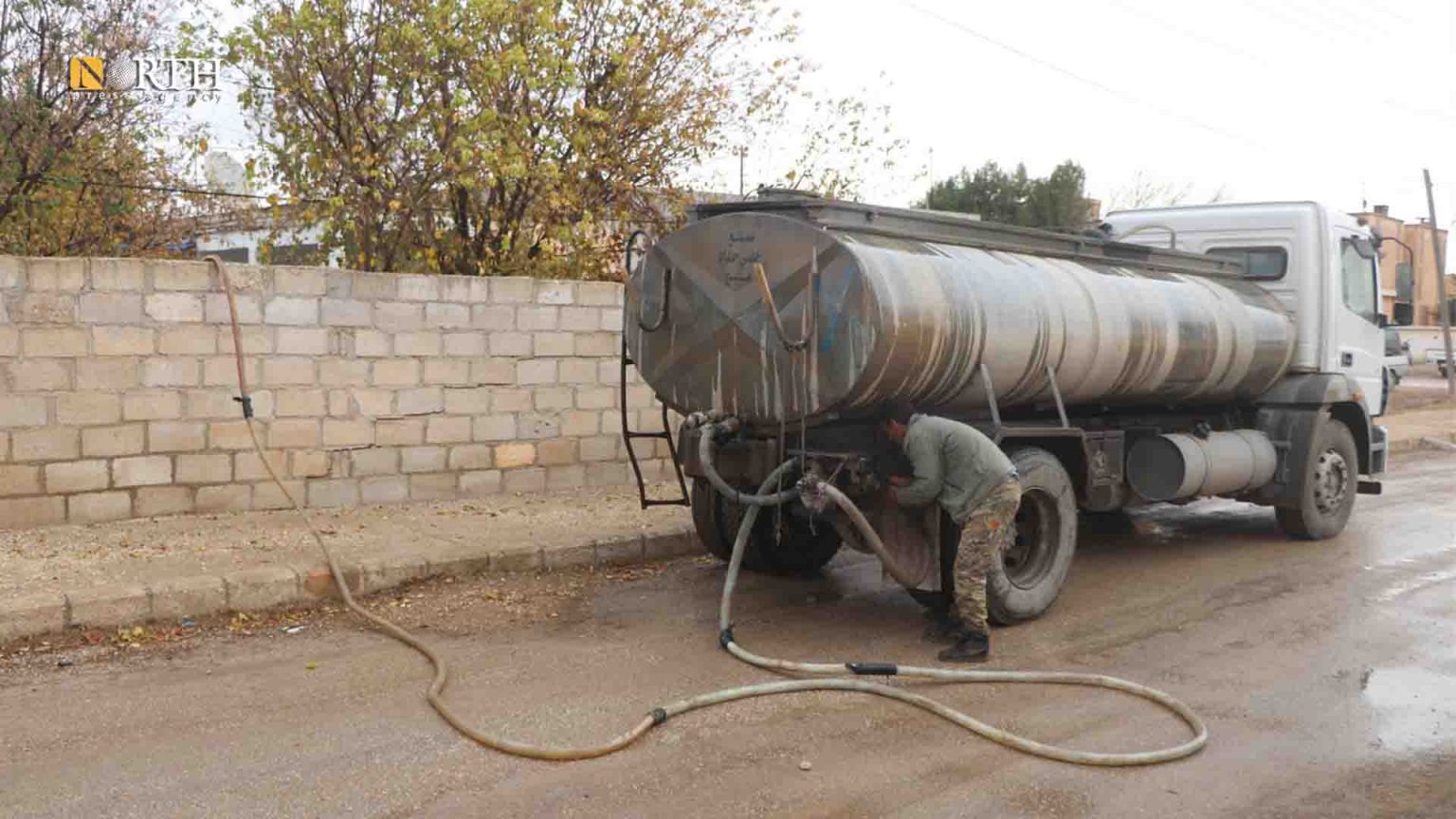 The water crisis in the town of Tel Tamr, north of Hassakeh, has deteriorated further due to the water supply being cut at the Alouk station in Ras al-Ayn, which is under the control of the Turkish troops and its affiliated armed opposition groups.

Since Nov. 22, 2020, Turkey and its armed opposition groups have stopped water flowing from Alouk station, which serves the city of Hassakeh and its countryside.

The people of Tel Tamr secure their water needs from the travelling tankers that take water from a stream in the village of Ayn Abed, east of Tel Tamr, which is the only well that has drinkable water. Since trucks can secure only about half of people’s needs, some people are forced to drink undrinkable well water.

Halima Khalaf, an IDP from Ras al-Ayn living in Tel Tamr, said that she was forced to boil and then cool the well water to be able to drink it.

“We drink bitter and muddy water,” she added.

The municipality trucks fill each five barrel reservoir for 1,000 Syrian pounds, while the private trucks fill it for 3,500 pounds.

The Drinking Water Directorate of Hassakeh criticized the silence of the United Nations and humanitarian organizations on Monday regarding the Turkish army and Turkish-backed armed opposition groups continuing to cut off water to about one million people in Hassakeh city and its countryside.

The Autonomous Administration Drinking Water Directorate announced a state of emergency last week due to the water cutoff at Alouk station.

The Syrian Ministry of Foreign Affairs had said in a letter to the UN Secretary-General and the President of the Security Council that the Turkish government was carrying out “illegal and inhuman practices to achieve political and military gains.”

Alaa al-Omar, co-Chair of the Shaddadi Council, said on Wednesday that the Water Directorate in Hassakeh has begun a project to secure the water needs of the entire city and a large portion of the countryside.

Omar added in a special statement to North Press that the Water Directorate, under the direction of the Executive Council in the Autonomous Administration in North and East Syria, began to restore Suwar station in the northern countryside of Deir ez-Zor to draw water from the Euphrates River to Hassakeh.

The project will draw the Euphrates water from the Suwar station to al-Alwa Station, and then to Shaddadi water station, then on to Hama water station in the city of Hassakeh, according to Omar.