Syria has been criticized by the OPCW, refugees become Canadian citizens, Turkey launches fresh assault in Raqqa and coronavirus cases continue to rise. Catch up on everything that happened over the weekend. 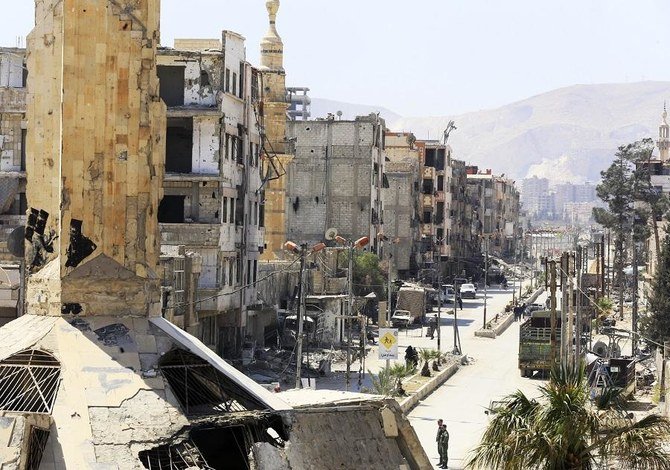 1. The global chemical weapons watchdog criticized Syria for failing to declare a chemical weapons production facility and respond to 18 other issues, while Russia accused the watchdog of conducting a “political crusade” against its close ally, the AP reported. The clash on Friday came at the UN Security Council’s monthly meeting on Syria’s chemical weapons, where the Director-General of the Organization for the Prohibition of Chemical Weapons, Fernando Arias, briefed members for the first time since May and was pummeled with questions from Russia’s UN Ambassador Vassily Nebenzia.

2. On Thursday, a group of Syrian refugees took the Canadian citizenship oath in an online ceremony, on the fifth anniversary of when the first plane carrying Syrian refugees arrived in Canada as part of the Liberal government’s promise to resettle tens of thousands, according to The Canadian Press. Ibrahim Nafash, who was one of 29 Syrian refugees who participated, said he was happy to take the oath after he and his family waited more than a year. He came to Canada with his wife and two sons from Syria via Lebanon in December 2015. He said his family received all the support it needed from the Syrian community in Montreal and from the government to start a new life here. “Everyone has been supportive and kind,” he said. “People stood with me and helped me find a job quickly after arriving.”

3. The Turkish army has launched a new attack in northern Syria over the weekend, with their forces targeting the positions of the Syrian Democratic Forces (SDF) in northern Raqqa. Al-Masdar reported that the Turkish army and their allied militants launched several artillery shells at the town of Ayn Issa, despite the presence of Russian troops in the area. The reports said the Syrian Democratic Forces did not respond to the attack by the Turkish military.