A new settlement agreement has been signed in Daraa, that affects dissidents and individuals who are wanted by the regime reports Alsouria Net. 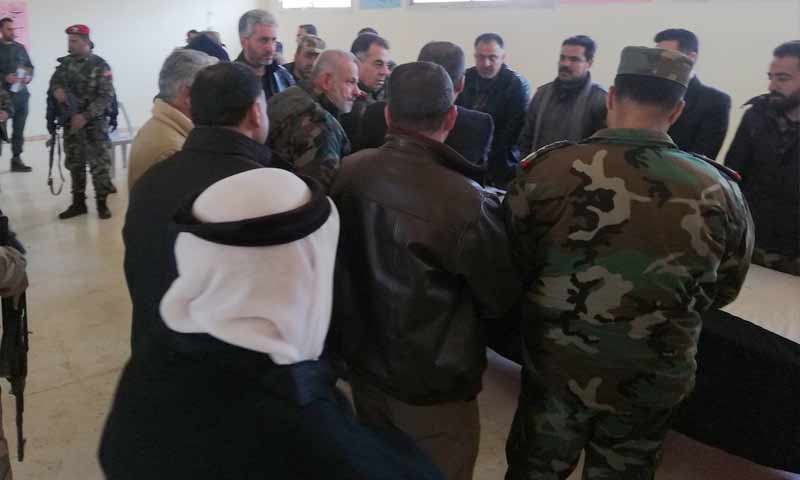 The security branches of the Assad regime have expanded the new settlement agreement, which they concluded a few days ago in Daraa Governorate, to include a number of detainees who were arbitrarily arrested nearly two years ago.

The security branches had begun conducting the settlement for three groups of Daraa residents, on Monday morning, in the Saraya building in the Daraa al-Mahatta area.

“The released detainee signs a settlement document similar to that signed by those who join the settlement in Daraa,” said Hariri, who hails from Daraa.

Two days ago, the central committee in Daraa reached a new settlement agreement with the security branches of the Assad regime and, according to informed sources, it includes three categories of wanted individuals.

The sources added in statements that the groups included in the new agreement are dissidents, who differ from the compulsory service category, in addition to those wanted by the branches for several security-related issues.

The current settlement agreement comes after more than two years of a settlement agreement that Daraa has been subjected to as of July 2018, following negotiations between Assad’s forces and the central committees, which include notables, tribal sheikhs, and former leaders of the Free Syrian Army.

Daraa has been living in a state of security chaos since the signing of the settlement agreement in July 2018. The parties behind the assassinations and bombings that affected members of the opposition and the regime are still unknown.