Turkish forces attack citizens in Ayn Issa, coronavirus cases continue to rise, Russia and Syria conduct airstrikes against ISIS and Alouk pumping station halts service. Catch up on everything that happened over the weekend. 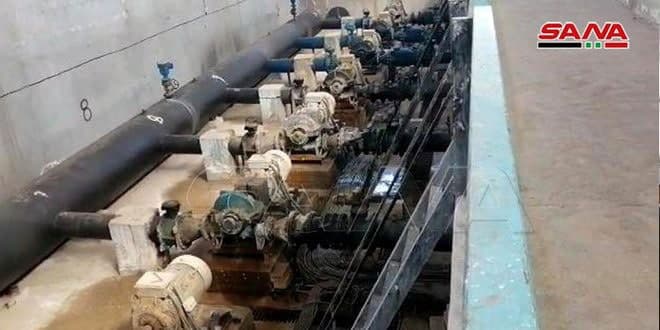 1. The Turkish occupation forces and their mercenary terrorist organizations have renewed their aggression against villages and residential homes in the vicinity of areas where they are positioned. The attacks, according to SANA, come as part of a policy to tighten the noose around the citizens in those areas, to push them to leave their homes and villages. The Turkish regime targeted on Friday the vicinity of Ayn Issa in the northern countryside of Raqqa with a number of artillery shells.

2. The Health Ministry announced on Saturday that 87 new coronavirus cases have been registered in the country and that 68 patients infected with the virus have recovered, while five others have passed away. SANA reported that the total number of coronavirus cases in Syria is now 8,230, of which 3,879 recovered and 442 passed away.

3. The Russian and Syrian air forces have increased their aerial presence in central Syria this week, with their warplanes launching dozens of airstrikes on the Islamic State’s (ISIS) positions inside the Hama, Raqqa and Homs governorates. According to Al-Masdar, the airstrikes were led by the Russian Air Force, who unleashed over 30 strikes on the terrorist positions in the past 72 hours.

4. The Alouk water pumping station in the Ras al-Ayn region in Hassakeh countryside is out of service as the result of the continuing attacks launched by Turkish-backed groups on power lines that feeds the station, The Syria Times reported. According to Director-General Eng. Mahmoud Ekleh, the station is now out of service because of Turkish-backed troops, who repeatedly attack the power line that feeds the station. He called on all parties to intervene to stop the attack on the station that supplies Hassakeh city’s residents with drinking water.