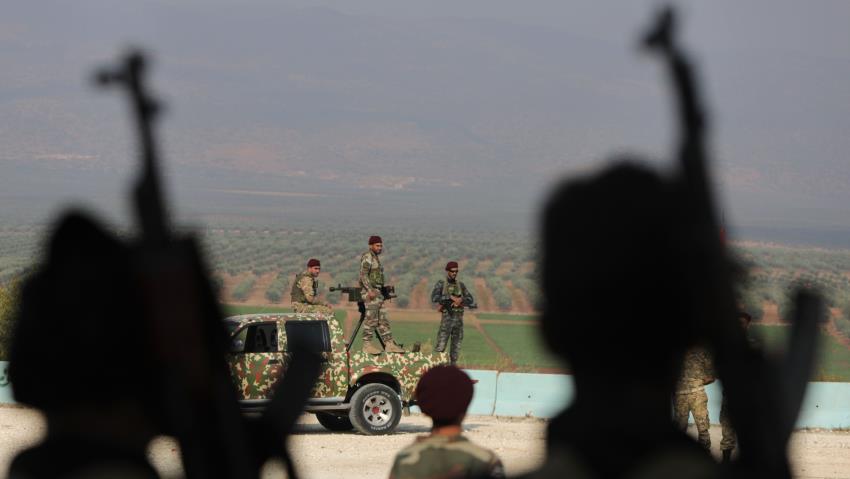 Clashes between Kurdish fighters and Turkey-backed opposition gunmen in northern Syria left at least 11 fighters dead in some of the most intense fighting in weeks between the two sides, an opposition war monitor and a Kurdish spokesman has said.

Exchange of fire and shelling between the Kurdish-led Syrian Democratic Forces and Turkey-backed opposition gunmen who identify as the Syrian National Army have not been uncommon since Turkish troops invaded parts of northern Syria in October of last year.

The Monday night clashes near the town of Ayn Issa were triggered by an attack by Turkey-backed gunmen on SDF positions, according to the Britain-based Syrian Observatory for Human Rights, an opposition war monitor. The Observatory said Turkey-backed fighters lost 11 gunmen in the battle and an unknown number of SDF fighters were also killed or wounded.

An SDF spokesman who goes by the name of Mervan Qamishlo confirmed the clashes, saying that the group’s fighters were repelling a Turkey-backed attack. He did not comment on how many SDF gunmen were killed.

A spokesman for the Turkey-backed fighters did not respond to requests for comment.

Turkey says Kurdish fighters in Syria are linked to the Kurdistan Workers Party, or PKK, that has led a decades-long insurgency in Turkey’s mainly Kurdish southeast region and is considered a terrorist organization by Turkey, the United States and the European Union.

The US-backed SDF played a major role in defeating the Islamic State group in Syria that lost its last sliver of land in March last year. The SDF is holding thousands of ISIS militants in jails it runs.