The Tayy tribe have met in Hassakeh and agreed on the need to expel the US and Turkey from their lands and pledged allegiance to the Syrian Republic writes Al-Masdar. 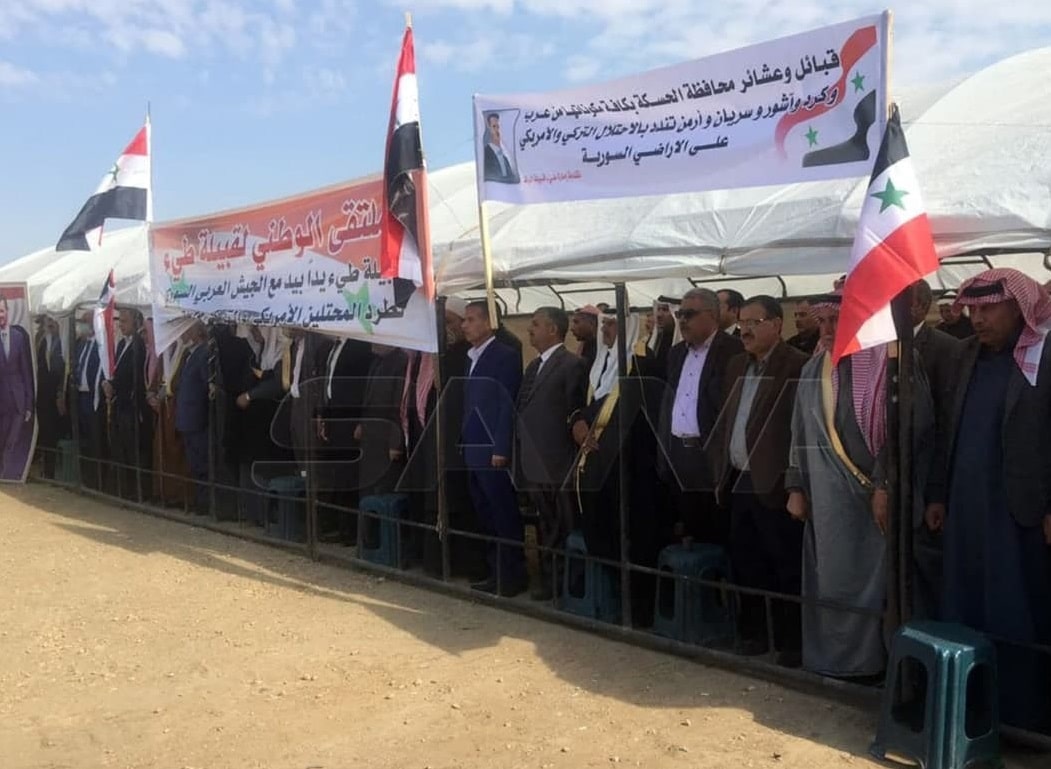 On Sunday, a Syrian Arab tribe held a meeting in Hassakeh Governorate, as they aimed to close ranks and join forces between the components of society to expel all the armies occupying the Syrian Jazeera region and to continue popular resistance.

According to reports, the Tayy tribesmen held the meeting in the town of Jarmouz, which is located near the large city of Qamishli in northern Hassakeh.

During the meeting, the Tayy tribesmen raised the flag of the Syrian Arab Republic, while stressing that the Syrian Arab Army is the only legitimate entity inside the country.

They also expressed their gratitude to the Russian Armed Forces for helping the Syrian Arab Republic in their fight against terrorist groups.

The tribesmen agreed that the popular resistance against the US and Turkish forces must continue until they leave the country, especially the Jazeera region, which is situated east of the Euphrates.

This meeting comes just two months after the al-Akidat Tribe clashed with the US-backed Syrian Democratic Forces (SDF) in the eastern countryside of the Deir ez-Zor.