As a conference on the return of refugees gets underway in Damascus, President Erdogan has called for the removal of Assad from power writes Nedaa Syria. 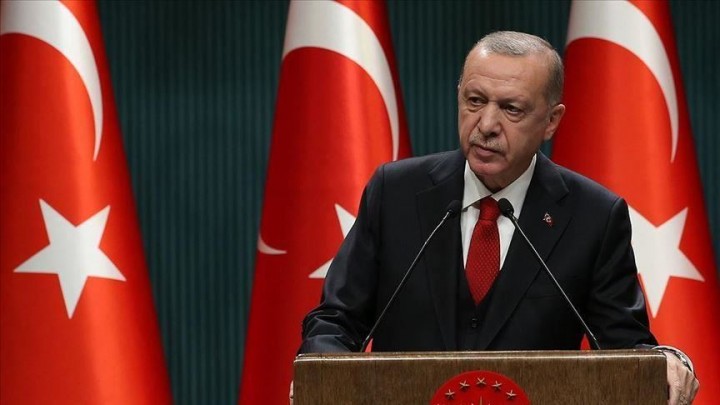 On Wednesday, Turkey called for the removal of the Assad regime from power and for the reaching of a just political solution that guarantees the return of the displaced.

Turkish President Recep Tayyip Erdogan said, in a speech addressed to the Turkish people where he focused on the economic situation and the deterioration of the Turkish lira’s exchange rate, that, “the regime and terrorist organizations in Syria must be ousted in order to achieve peace in that country.”

He expressed his belief that a solution to the Syrian issue could be found somewhere “along the lines of the just solution that was achieved in the Karabakh region,” where a comprehensive solution including a ceasefire agreement was reached, allowing the return of refugees 30 years after their displacement.

Erdogan and his Russian counterpart, Vladimir Putin, had a call, in which they discussed the Syrian issue and the conflict between Azerbaijan and Armenia. They spoke positively about the agreement concluded there.

The Turkish emphasis on the need to remove the Assad regime comes in parallel with new Russian efforts to try to keep the regime afloat by holding a conference in Damascus to discuss the return of the Syrian refugees, and sending out invitations to neighboring and Western countries to attend, alongside Russia’s announcement of economic steps aimed at reconstructing Syria.