Trucks carrying Syrian fruits, vegetables and clothes have been permitted entry into Saudi Arabia according to the Damascus Chamber of Commerce writes Al-Watan. 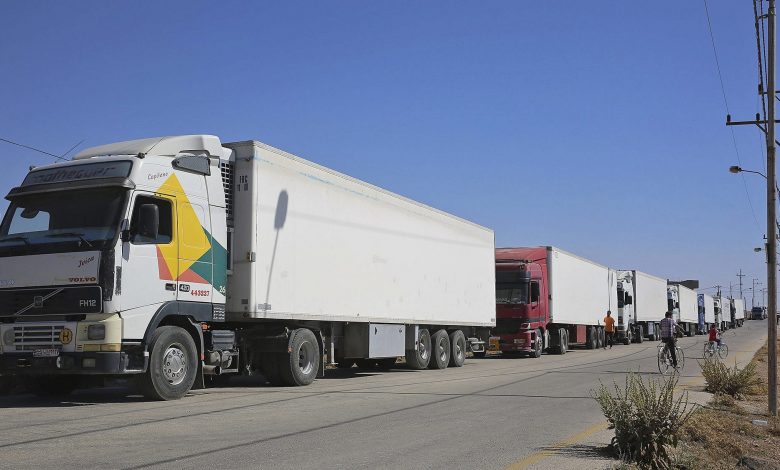 Vice-President of the Export Committee for the Damascus Chamber of Commerce, Fayez Qassouma, told Al-Watan that more than three weeks ago, Syrian trucks loaded with goods made in Syria were allowed entry into Saudi Arabia. Qassouma said that a decision had been issued to grant the driver, a Syrian citizen, a visa in order to cross the Saudi border.

Regarding what has been reported about the entry of 300 trucks loaded with Syrian goods into Saudi Arabia in one day, three days ago, Qassouma confirmed that the number is inflated, explaining that the trucks that enter Saudi Arabia daily are fewer than that.

He added that Syrian goods used to previously enter Saudi Arabia, but via non-Syrian trucks, unlike nowadays.

Qassouma said that the goods that pass through the Jordanian ports and make their way to Saudi Arabia are vegetables, fruits, foodstuffs, and clothes.