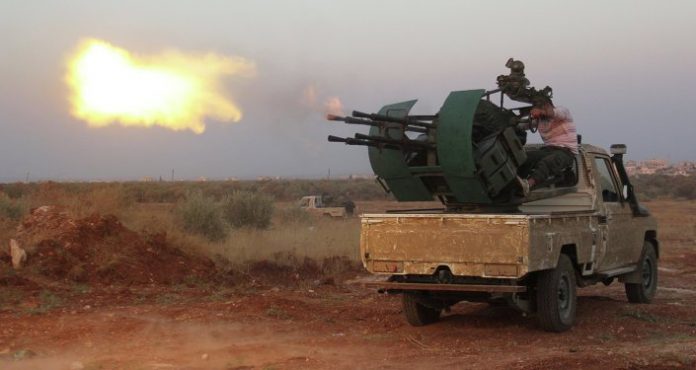 Turkish-backed militants resumed their attack on northwestern Syria this evening, as they continue their retaliation for the Russian airstrikes that killed and wounded over 200 of their fighters.

According to a field source in northwestern Syria, the Turkish-backed militants and their jihadist allies launched dozens of rockets and artillery shells towards government areas.

The source said the militants and their jihadist allies mostly hit open fields, despite their attempts to hit towns in Idleb, Hama, Lattakia and Aleppo.

This latest attack by the Turkish-backed forces comes just hours after the Syrian army retaliated and launched several missiles toward the militant positions along the frontlines in northwestern Syria.

At the same time, Russian and Syrian military reconnaissance planes are conducting flights over the militant positions to identify where the shelling and rocket fire is coming from.