Turkish forces have attack positions controlled by the Syrian Democratic Forces in Hassakeh and Raqqa, despite the existence of a ceasefire reports Al-Masdar. 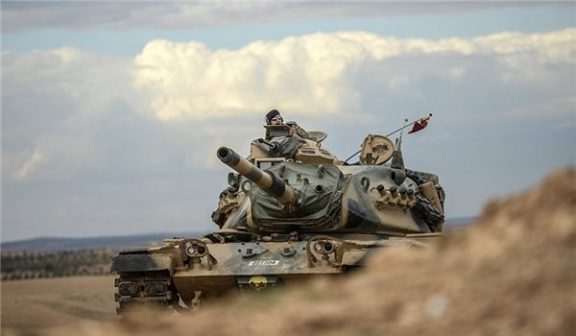 The Turkish Armed Forces, backed by their allied Syrian militants, launched a heavy attack on the positions of the Syrian Democratic Forces (SDF) and People’s Protection Units (YPG) in northern Syria this week.

According to a field report from Raqqa Governorate, Turkish forces and their allied militants unleashed several artillery and missile strikes on the defenses of the SDF and YPG in northern Raqqa, northern Aleppo, and northeastern Hassakeh.

Despite a ceasefire agreement in northern Syria, Turkey and its allied militants have been heavily targeting the SDF and YPG forces near the border, with occasional attacks on the Syrian army’s positions.