Tensions are rising in Idleb, with clashes between Hay’at Tahrir al-Sham and Hurras al-Deen being witnessed, amid arrests reports The Syrian Observatory of Human Rights. 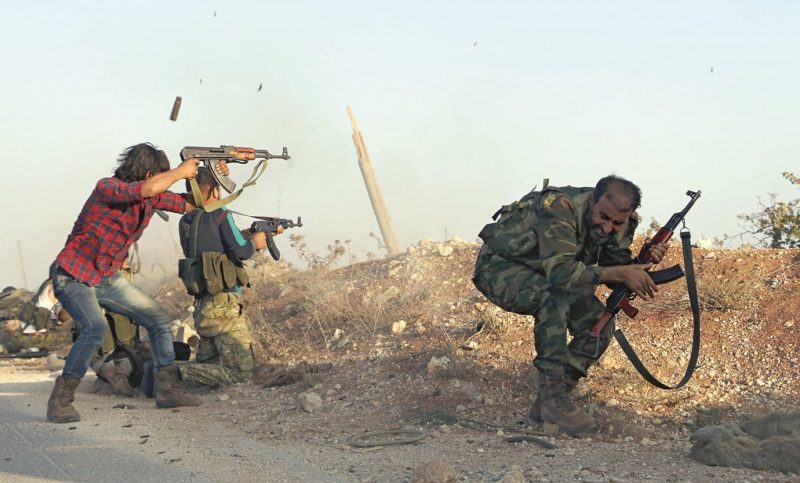 On Monday, the situation in Idleb headed towards further escalation, after Hay’at Tahrir al-Sham continued its security campaigns and operations against the extremist Hurras al-Deen in Idleb and its countryside.

This comes within the framework of the continuous attempts by Tahrir al-Sham to eliminate jihadists, under orders from Turkish intelligence; especially those who reject the Russian-Turkish agreements. Hurras al-Deen is perhaps the most prominent of those groups.

As the Syrian Observatory for Human Rights (SOHR) monitored, as of midday on Monday, the security apparatus of Tahrir al-Sham had arrested more than 25 individuals belonging to Hurras al-Deen and cells affiliated with the Islamic State, in both Idleb and the town of al-Fu’ah in its eastern countryside.

At a later stage, an armed group attacked the Tahrir al-Sham headquarters in Idleb. Violent clashes took place between people at the headquarters and the attackers, amid information about casualties on both sides.

The SOHR sources reported that Tahrir al-Sham arrested a Hurras al-Deen leader who is accused of being affiliated with al-Qaeda, a day before the Russian campaign. The leader hails from the city of Jisr al-Shughur in the western Idleb countryside.