A host of truck carrying aid has entered Idleb Governorate, which is set to be delivered to those in need, specifically people in the camps reports Baladi News. 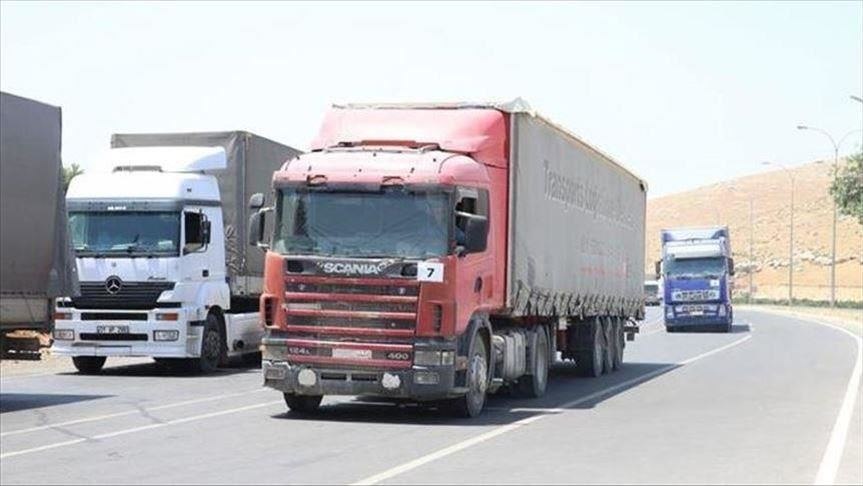 Turkish media sources reported that the trucks entered Syrian territories through the Gilo Gozo border crossing in the state of Hatay, southern Turkey, which is adjacent to the Bab al-Hawa border crossing on the Syrian side.

The sources indicated that the humanitarian aid will be distributed to the needy in Idleb and its countryside, with special attention given to the camps.

The first convoy carrying UN relief aid entered northern Syria on Aug.14, 2020, after the Security Council decided to extend the entry of UN aid for a year, through the Bab al-Hawa border crossing.

On Jul. 12, 2020, the Security Council adopted a resolution that canceled the license granted to the Bab al-Salam crossing on the Turkish border and extended receiving aid through the Bab al-Hawa border crossing in Idleb, for a period of one year only.

At the time, aid agencies operating in Syria said in a joint statement that it would become increasingly difficult to reach an estimated 1.3 million people in northwestern Syria who depend on food and medicine provided by the UN through the border, as a vital crossing has been closed.

It is worth noting that the UN mechanism for supplying humanitarian aid to Syria began in 2014, when there were initially four crossings for transporting aid — through Iraq, Jordan, and Turkey.