It is not clear yet if Kayali was injured or assassinated. The attack is not the first on a man who leads a sectarian militia mostly relying on members of the Alawite community, Nedaa Syria says 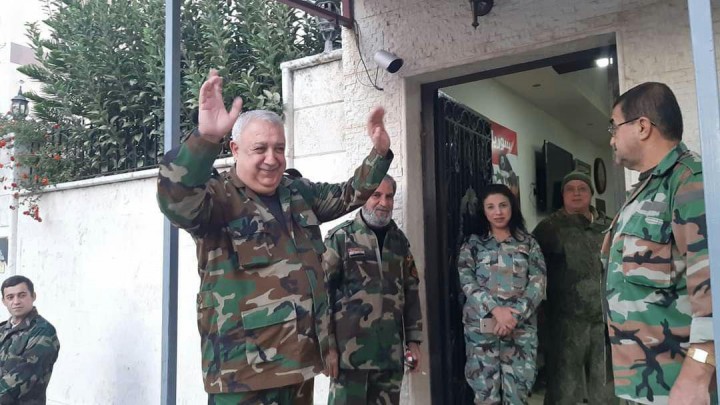 Miraj Ural, known as Ali Kayali and the leader of the Popular Front for the Liberation of Iskenderun, was the target of an assassination attempt on Sunday evening in the Kassab area of the Lattakia countryside.

According to the official Popular Front Facebook page, Kayali was subjected to heavy fire at 11:30 PM yesterday while he was on a field tour in the Kassab area in the northern countryside of Lattakia.

The posting indicated that the attack was carried out on the al-Basit road, which led to an exchange of fire between the attackers and Kayali’s bodyguard, adding that “the authorities are looking into this attempt.”

The Popular Front did not say whether Kayali was injured or assassinated, and instead only posted a picture of an ambulance with the caption: “We will keep you updated on the developments.”

The militia pointed the finger of blame to what it called “terrorism supported by the Erdogan dictatorship and his men.”

Kayali had been subjected to an assassination attempt last year when an explosive device was detonated in his car while he was on a tour in the Lattakia countryside.

Years before, he was subjected to a missile attack while he was in the town of Slonfeh in the Lattakia countryside, which injured him and killed a number of his companions.

Kayali currently leads a sectarian militia that mostly relies on the Alawite component. The militia fights alongside the Syrian regime and is mainly spread in the countryside of Lattakia.

Turkey had previously included Kayali on its official red list, which is made up of the names of 136 leftist, separatist and other organizations that exploit religion — most notably the Democratic Union Party, Gülen, and the State — and allocated 4 million Turkish liras as a reward for those who hand over leaders of those organizations.