Following the announcement that the Hagia Sophia would be turned back into a mosque, a National Defense commander has decided to build a miniature version of the building in Hama writes Enab Baladi. 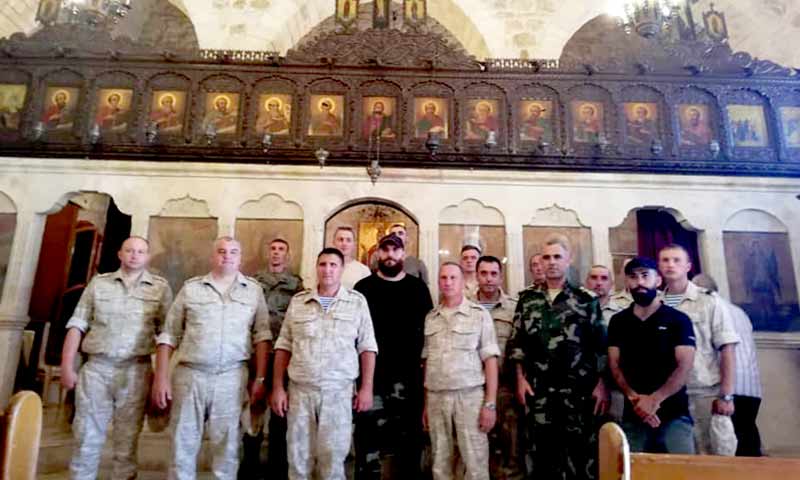 The National Defense commander of al-Suqaylabiyah city in Hama, Nabeul al-Abdullah has decided to build a miniature version of the Hagia Sophia church in the city. The plan got the blessing of the Russian Duma.

The decision was reached during a meeting that brought together a delegation from the reconciliation center at the Hemeimeem Airbase and the National Defense office in al-Suqaylabiyah on Sunday.

Abdullah published photos of the meeting on his Facebook page. The visuals depicted the Russian delegation wandering around Saint George Church in Hama.

Abdullah stressed there would be coordination and work to develop the plans of the new church, and the first steps towards laying the foundation stone will be in coordination with and with the support of the Russian state Duma.

According to RIA Novosti, Duma deputy, Vitaly Milonov, confirmed on Jul. 17, 2020, that, “Orthodox Christians in Russia can help Syria to build a replica of St. Sophia’s Cathedral in al-Suqaylabiyah.”

Milonov considered building the church, “a good step, because Syria, unlike Turkey, is a country where peaceful dialogue is possible and its positive impact is palpable.”

He also considered that, “it is impossible to repeat the fate of the Turkish Hagia Sophia, because other old Christian churches have not been affected.”

The decision to build the church comes in response to Turkey, which turned the Hagia Sophia into a mosque, 86 years after turning it into a museum.