At a UN Security Council vote, Russia and China used their veto to block vital cross-border humanitarian aid to civilians in Syria for a year writes Al-Araby Al-Jadeed. 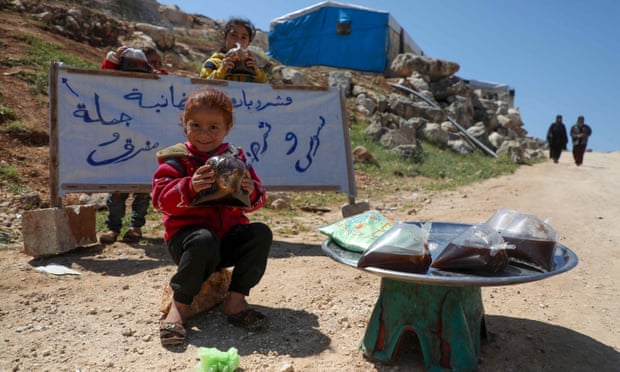 Amnesty International has issued stinging criticism of a Russian and Chinese veto of a UN Security Council draft resolution on Tuesday, which would have renewed the provision of vital cross-border humanitarian aid to civilians in Syria for a year.

“For millions of Syrians, it is the difference between having food to eat and starving. For hospitals, it is about having enough supplies to save lives,” she added.

Tadros said that Russia and China had abused their veto power, calling it: “despicable and dangerous”.

Months of negotiations between Security Council members preceded the vote, which if passed, would have allowed health, education and other key humanitarian and aid services to continue to pass through two points on the Turkish border, without interference from the Assad regime in Damascus.

The UN established a cross-border delivery mechanism in 2014 in order to ensure aid deliveries to Kurdish and opposition-held areas in Syria. The mechanism, which Russia has long tried to stop, is due to expire on 10 July, putting millions of Syrians at risk.

Throughout the conflict, the Assad regime has repeatedly blocked humanitarian supplies from reaching these areas.

A compromise had been brokered which allowed UN agencies the use of two out of the four original border crossings, with a reduced mandate term of six months – down from one year.

Tadros added that it was “regrettable” that the Al-Yarubiya crossing between Iraq and north-east Syria has been “sacrificed” in the search for a compromise with Russia and China.

The closure of the crossing in January has meant that medical supplies are reaching merely 31 percent of the facilities previously served, the UN says. Some 40 percent of the northeast’s healthcare provisions came through Al-Yarubiyah.

“The members of the Security Council must hold firm,” said Tadros. “There are over one million Syrian civilians in those areas that rely on that crossing point for the delivery of aid. With rising cases of Covid-19 in Syria, this aid is more vital than ever. Will the Security Council act to help them, or will they be abandoned?”

Russia has defended its position by arguing that aid should reach civilians through Damascus. This is problematic as the regime only supplies aid to areas under its control.