The Syrian government has sent another convoy of military vehicles to Ayn Issa, including long-range missile launchers and field artillery reports Smart News. 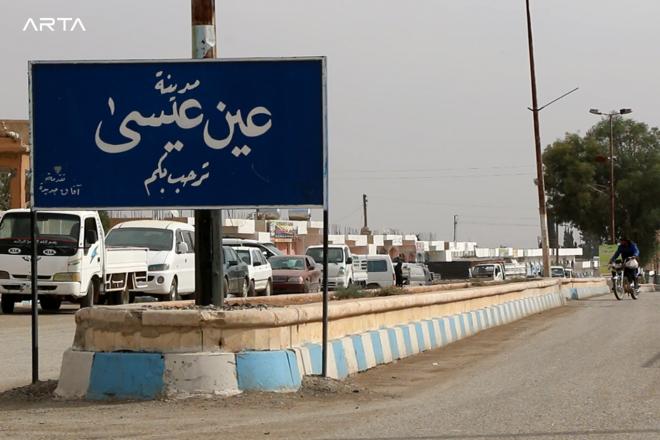 On Wednesday, the Syrian government sent reinforcements to the town of Ayn Issa, 48 kilometers north of Raqqa.

A military source from the Syrian Democratic Forces (SDF) reported to Smart News that the Syrian government’s forces sent a military convoy of 25 military vehicles carrying fighters and logistical material, accompanied by Russian forces. Some of the reinforcements were stationed in the Abu Rasin area in Hassakeh and others in areas west of Tel Abyad.

The source stated that the reinforcements included long-range missile launchers and field artillery. The source noted that the Syrian government’s forces have been strengthening their bases in those areas since October 2019.