Military action in Idleb is increasing, and more residents are being forced to flee their homes to escape the bombardment reports Smart News. 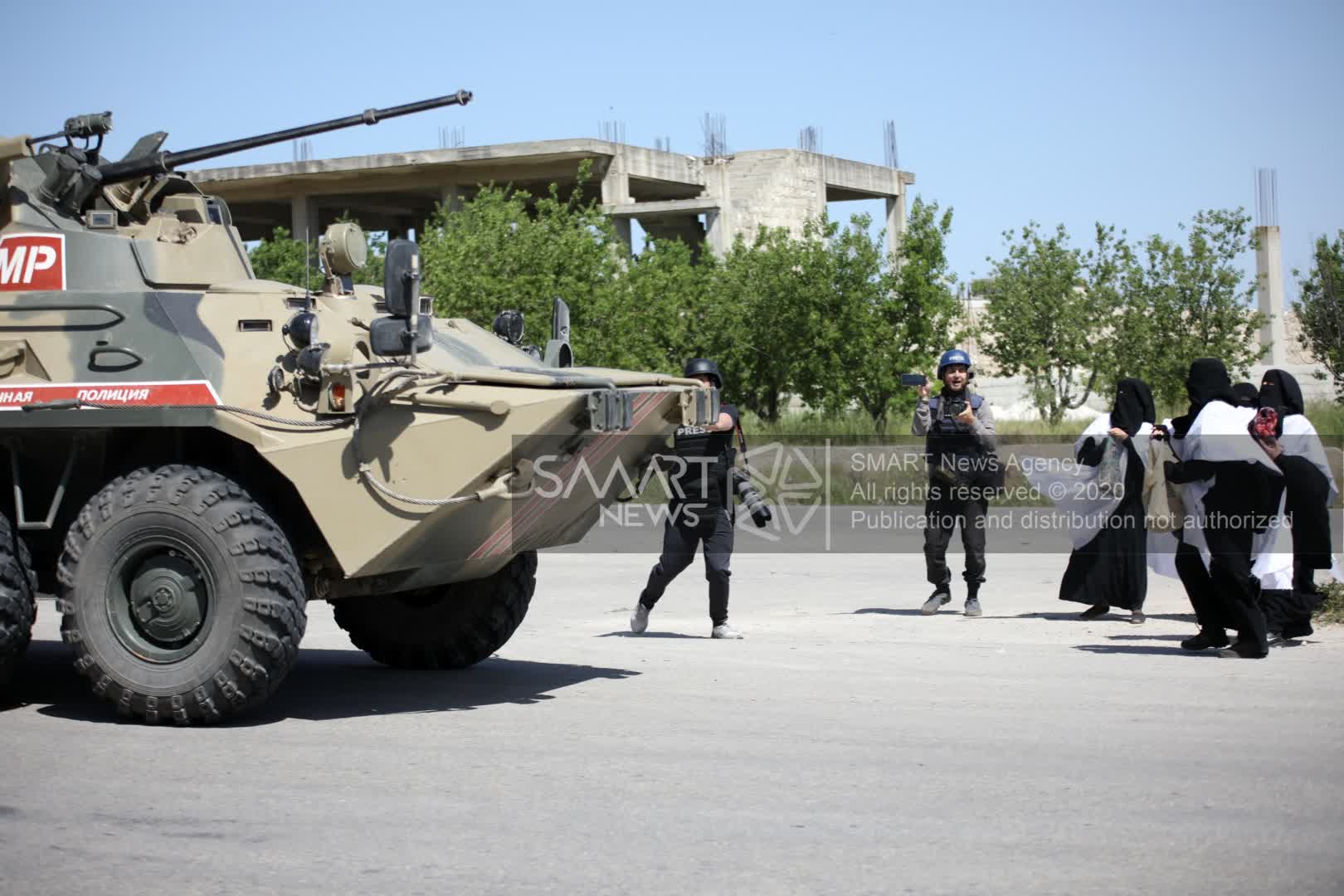 Civil Defense director in the village of Shinan, Subhi al-Ibrahim, told Smart News that on Monday night, Russian warplanes launched several raids on the villages of al-Bara and al-Maouzrah in the Zawiya Mountain, causing damage. Ibrahim stated that dozens of families fled the area due to the bombing.

Ibrahim added that the missiles launched by Russian warplanes exploded before crashing to the ground, and their remnants spread over areas surrounding the site of the explosion.

Ibrahim noted that dozens of families residing in the towns and villages of southern Idleb flee almost daily, as a result of the recent escalation by Syrian government forces and Russia. Ibrahim added that the people are afraid of the Russian warplanes flying over the region.

Russia and Turkey deployed a new joint military patrol on the Aleppo-Lattakia M4 international highway. The patrol travelled from the village of al-Tronba near Saraqib to the village of Furaykah near Jisr al-Shughur, southwest of Idleb.

On Jun. 8, 2020, Russian airstrikes killed two civilians and injured three others in the towns and villages of the Zawiya Mountain.