Facebook has deleted the accounts of a number of Syrian activists and opposition figures, while prohibiting words and phrases linked to the opposition reports Al-Modon. 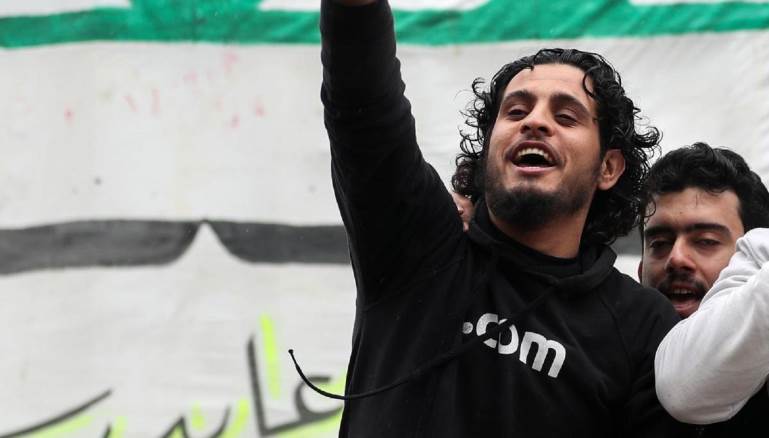 Facebook has added a number of terms commonly used by Syrian opposition activists in their posts to its list of words that violate the website’s rules, including “Free Army” and “Abdel Basset al-Sarout.”

Syrian activists started a campaign under the title #FBFightsSyrianRevolution in recent days following the deletion of thousands of revolutionary accounts and posts exposing the Assad regime’s crimes. Activists said in a statement that communication with the Facebook team resulted in a list of words added by the website to its terrorism and dangerous organizations lists.

According to the statement circulated by pro-opposition pages, activists said that the words were not classified as terrorism-related by governments around the world, and they requested that Facebook restore the deactivated accounts. Facebook has yet to respond to the demand.

The move is likely part of Facebook’s recently more stringent policy against violence, racism and hate speech, alongside the formation of its ‘Supreme Court,’ set up to deal with controversial cases. This policy began in 2016 and led at the time to the deletion of pages that supported armed groups taking part in the Syrian conflict, including pro-regime and opposition sides. The deletions also targeted pages belonging to official and semi-official media, including al-Ikhbariyah Syria, al-Dunya, Sama and the Lebanese pro-regime channel al-Mayadeen.

According to information circulating online, Facebook deleted around 10,000 accounts belonging to activists and Syrian political opponents, including those that had a blue verified check badge. Facebook has not yet released any official comment, and there is no way to confirm the accuracy of that number. The policy of deletion is not limited to Syrian opposition activists. Facebook also deleted pages supporting the ruling Baath Party for the first time since 2011. Nevertheless, activists have criticized Facebook lately for verifying pro-regime accounts with blue badges.