The Russian military has successfully conducted a patrol that reached the border triangle between Syria, Turkey and Iraq reports Al-Masdar. 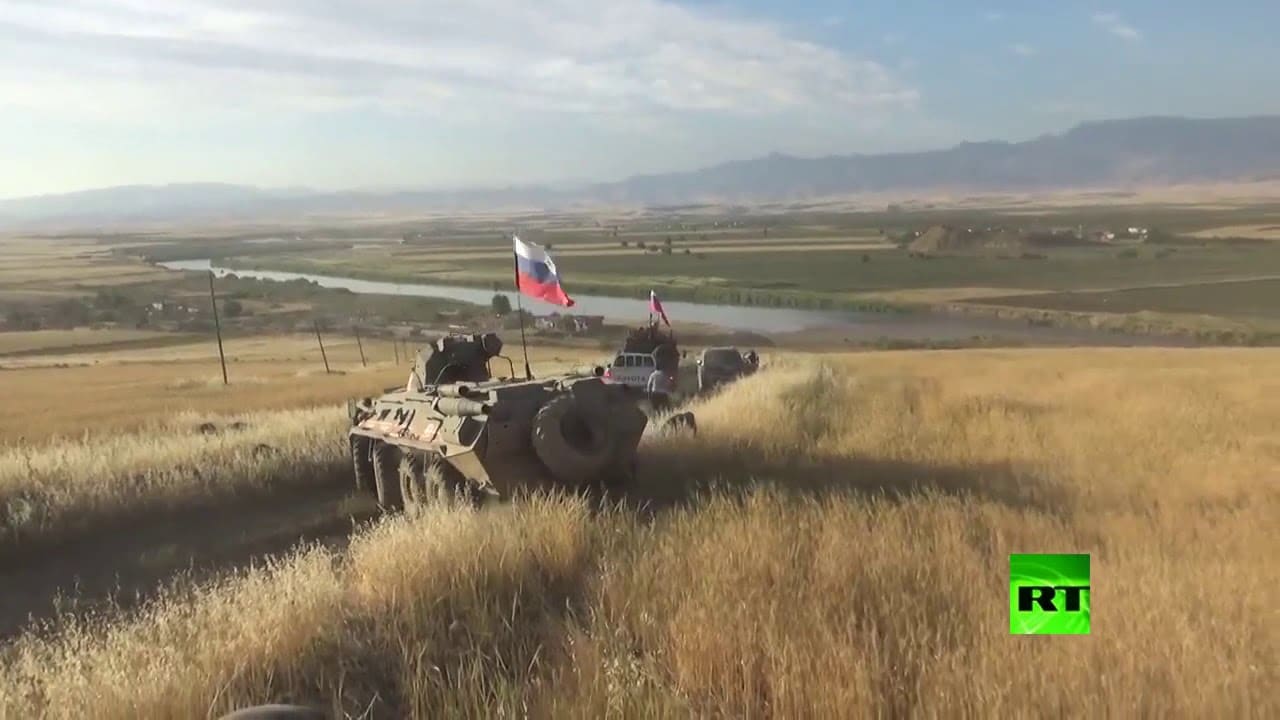 Russian military forces, backed by air cover, traveled from Qamishli International Airport in Hassakeh and along the Turkish border to the Tigris River to reach the Iraqi border for the first time.

The Russian forces toured several border villages, such as Qasr al-Deeb, Zuhairia and Ayn Dewar, which are located in northeastern Syria, to the northwestern of the triple border point, between Iraq, Syria and Turkey.

The Russian military was able to successfully reach this border triangle which was confirmed by footage that was later released by RT Arabic.

This move by the Russian military comes at a time when their forces and their Turkish counterparts are trying to reopen the vital highways inside Syria.

However, despite these efforts, there appears to be some issues along the M4 highway (Aleppo-Lattakia), especially in the areas under the control of the militant forces.