Turkey has moved more military vehicles into Idleb, with it believed that they will take part in the joint patrols with Russia reports Smart News. 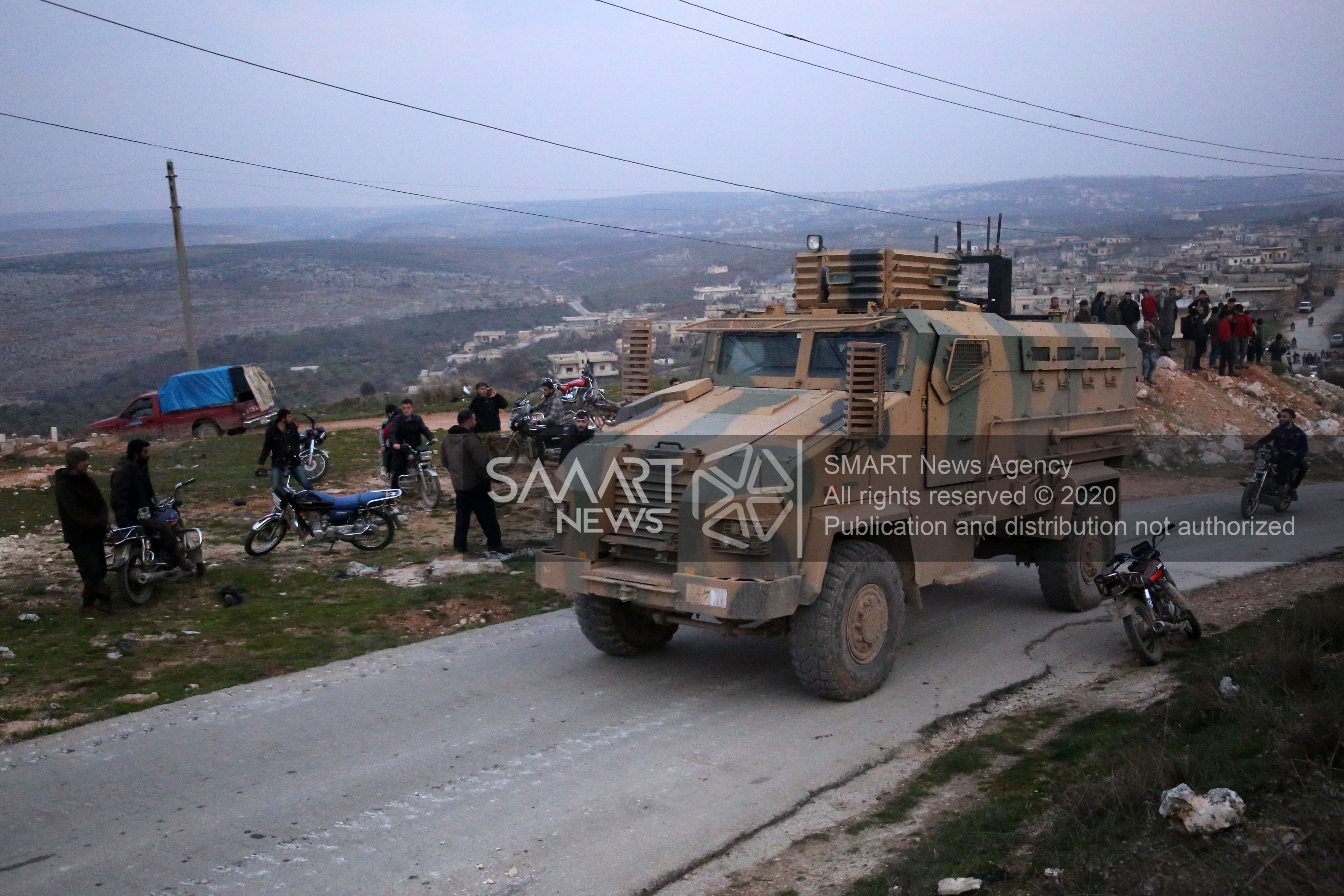 Turkish armored vehicles entered the camp of al-Mastumah village, six kilometers south of Idleb, via the Kafr Lusin crossing on the Syrian-Turkish border.

Local activists reported to Smart News that a military convoy of about 25 armored vehicles entered the al-Mastumah camp through the Kafr Lusin crossing, adding that it could participate in the joint Turkish-Russian patrols on the Aleppo-Lattakia M4 highway.

On May 20, 2020, the Turkish and Russian armies deployed the 12th joint military patrol to the M4 highway. The patrol headed from the village of al-Tronba, seven kilometers east of Idleb, towards the village of Kafr Shalaya, which is controlled by the Free Syrian Army and Islamist battalions, then returned.

The Turkish Army sent huge military convoys to Idleb governorate before and after the Turkish President, Recep Tayyip Erdogan, and his Russian counterpart, Vladimir Putin, reached an agreement on Mar. 5, 2020. The agreement stated a ceasefire and joint Russian-Turkish patrols on the M4 highway in Idleb. The agreement came into force on Mar. 6, 2020.

Earlier, the Syrian government forces and loyalist militias, supported by Russia, launched a ground military attack on the southern and eastern countryside of Idleb and the southern and western countryside of Aleppo. The Syrian government gained control of dozens of villages and towns in the region, after intensified shelling. The shelling killed and injured hundreds of civilians, and forced hundreds of thousands to displace.