A father and mother from Damascus have been arrested for murdering their three children, the oldest of whom was four years-old reports Sowt Al-Asima. 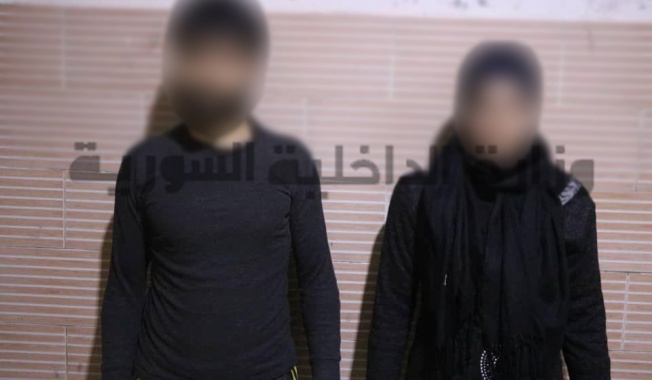 A father in rural Damascus killed his three children, the oldest four years-old, by asphyxiation after trying to poison them, in agreement with his wife.

The Syrian Ministry of Interior published a statement on its official Facebook page Tuesday saying that the Criminal Security Branch in Outer Damascus obtained information about three children who were already dead when they arrived at the the al-Muwasat Hospital in Damascus.

The ministry added that the father, Ahmad, and his wife, Ghazal, claimed the children had been ill with diarrhea and severe vomiting, insinuating that was the causes of death. However, the couple have been placed under investigation after the release of the children’s postmortem reports.

The wife admitted to participating with her husband in the killing of Qatar al-Nada (four years-old), Muhammad (two years-old) and Yazan (one year-old), detailing how the couple first used rat poison to try and kill them.

She added that they then used a liquid poison, often used as an insecticide, adding the substance to the children’s food and drink so that the father could asphyxiate them one by one. When that failed, he placed his hand over the children’s mouths and noses while she held them in place.

According to the ministry, the father admitted during the investigation to killing his three children by asphyxiation after repeated attempts to poison them, due to a dispute with his wife who participated in the crime, after her refusal to continue paying to raise them in her house.