Protester have met the joint Russian and Turkish patrols in Idleb, and rejected their presences by throwing rocks and eggs at them writes Smart News. 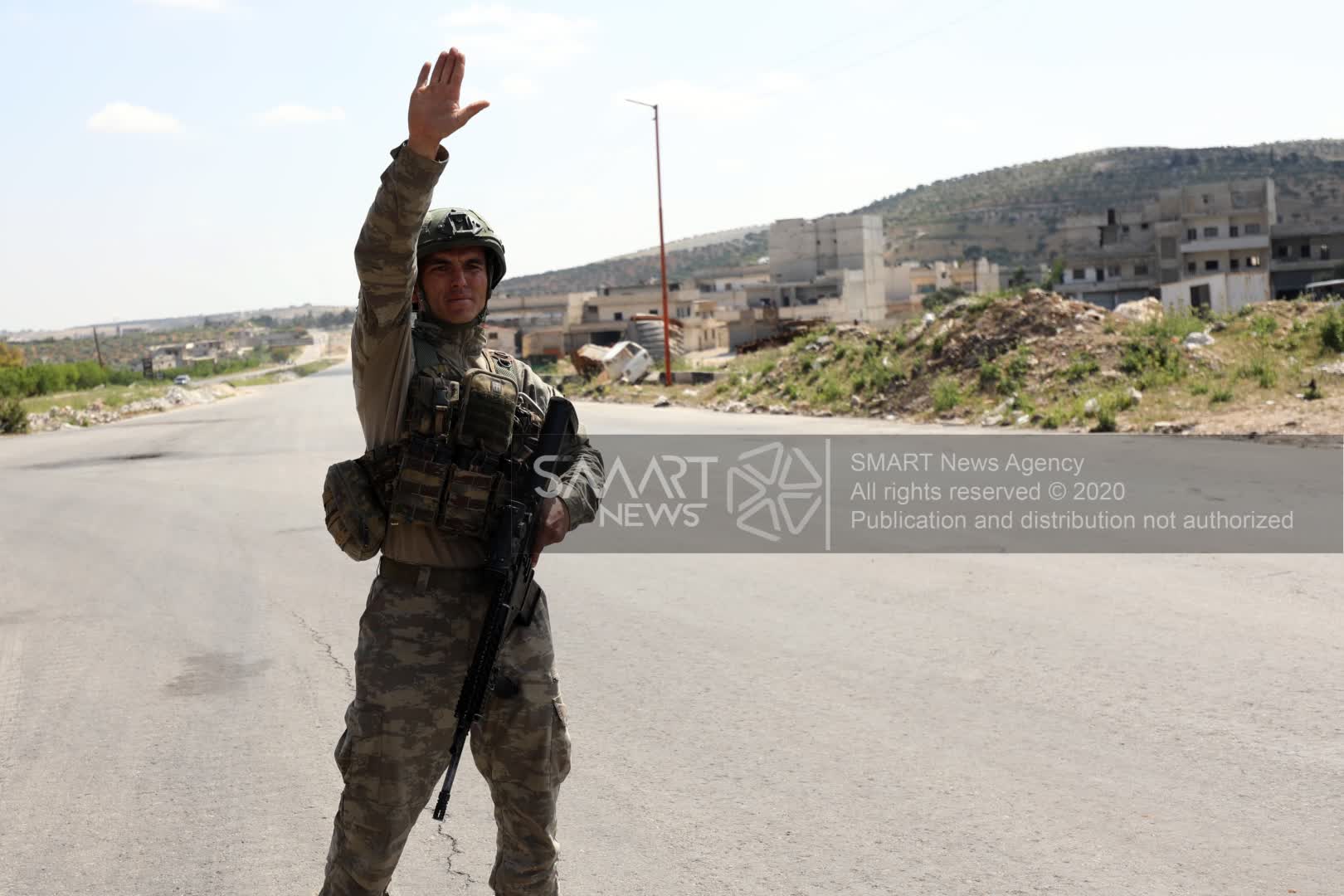 On Tuesday, sit-in protesters pelted eggs and threw stones at a Russian-Turkish joint patrol on the Aleppo-Lattakia international M4 highway near the city of Ariha, 13 kilometers south of Idleb, northern Syria.

Local sources reported to Smart News that the protesters, who reject the deployment of joint patrols, threw stones and eggs at the Russian-Turkish patrol near the Ariha bridge.

The sources clarified that this is the tenth joint patrol on the M4 highway; the patrol included ten Russian and Turkish military vehicles, escorted by Russian warplanes and reconnaissance aircrafts.

The tenth patrol departed from the Syrian government forces-controlled village of al-Tronba, seven kilometers southeast of the city of Idleb near the Free Syrian Army and Islamist-controlled city of Ariha, and then returned.

On May 7, 2020, Turkey and Russia deployed the ninth patrol from al-Tronba to the perimeters of Ariha, while on May 5, 2020, the eighth patrol departed from al-Tronba and reached the village of Mseibin.

Earlier, people held a sit-in protest in al-Nayrab, rejecting the Turkish-Russian patrols on the M4 highway. The sit-in came after the Turkish President, Recep Tayyip Erdogan, and his Russian counterpart, Vladimir Putin, announced reaching a ceasefire agreement for Idleb. The agreement came into force on Mar. 6, 2020 at 00:01 a.m.