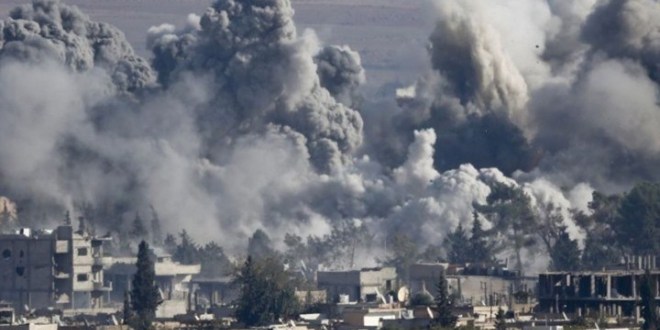 Attacks carried out by the Syrian regime and Russia on residential areas in the de-escalation zone in northern Syria killed 17 people on Sunday.

Local sources said that Syrian regime and Russian warplanes carried out strikes on residential areas in the Kafr Nouran, Kafr Naha, Jamiya’t Rihal, Sheikh Ali, Urum al-Musghar, and Atarib areas, all of them in Aleppo province.

Sources in the Syrian Civil Defense (White Helmets) said that the strikes killed nine civilians in Kafr Nouran village and three in Sheikh Ali, two in Urum al-Musghar, and three in Atarib, adding that the number of wounded was more than 30.

Turkey, Russia and Iran reached an agreement in May 2017 for the de-escalation zone in Idleb province as part of the Astana negotiations on Syria.

Despite the agreements and deals, the killing of civilians by Russia and the regime has continued, and the severity of military escalation by the regime has increased, with regime forces advancing after the agreement that was signed and the regime and its allies taking control over broad areas of the de-escalation zone areas, as well as increasing the number of people displaced to the border regions in search of more secure area.