Underground tunnels discovered in Idleb, journalists injured in Aleppo, regime warplanes target al-Bab and food rationing imposed. Catch up on everything that happened over the weekend. 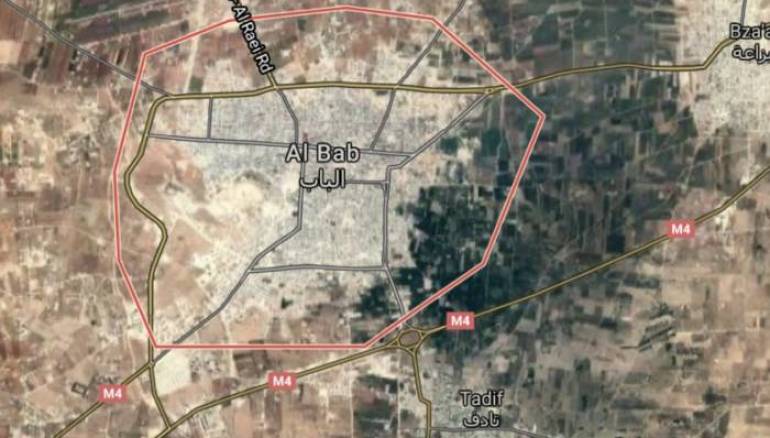 1. While combing operations of the surroundings of M’ardebseh, south of Saraqeb city in Idleb southeastern countryside, Syrian Arab Army’s units uncovered a fortified underground base for Jabhat al-Nusra terrorists, including workshops for manufacturing explosives, shells, command rooms, and residential and sleeping quarters. According to SANA, army units discovered on Sunday a terrorist base for Jabhat al-Nusra inside a cliff, including a network of tunnels equipped with lighting and ventilation shafts, which connect a number of fortified rooms used by the leaders of the terrorist organization.

2. Two correspondents and two cameramen were injured while covering the Syrian Arab Army’s operations near the southwest of Aleppo city. SANA’s reporter said that al-Alam TV correspondent Diaa Qadour and the channel cameraman Ibrahim Kahil, a correspondent for Sama TV, Kinanah Aloush, and a cameraman of Al-Kawthar TV, Souhaib al-Masri, were injured during a terrorist attack that targeted the cars transporting them, while they covered the army’s operations in the southwest of Aleppo city. The reporter said that the injured were rushed to al-Jmaeaa Hospital to receive the necessary treatment, adding that the injuries sustained ranged from light to medium.

3. Russian and Assad regime warplanes targeted the city of al-Bab controlled by the Turkey-backed Syrian National Army (SNA) in northern Syria earl Sunday, local sources said. According to Turkish Sabah Daily,  the jets targeted the city’s Sheikh al-Doshel mosque, in the first airstrike since 2017. A video captured by locals showed the aftermath of the airstrike. The SNA forces launched an offensive on the Tadef front south of al-Bab early Saturday, seizing two joint Russian and Assad checkpoints in the Shaala radar base. Several pro-Russian forces were also captured alive in Tel Rahhal, local sources said Saturday.

4. On Saturday, Syria’s government started rationing subsidised food like rice and sugar with smart cards, a ministry said, in the latest measure to address an economic crisis in the war-torn country, AFP reported. The value of the Syrian pound against the dollar has plummeted on the black market in recent months, sparking price hikes on key food items. On Saturday, thousands of Syrian families for the first time used cards with built-in microchips to track and cap their purchases of subsidised food, the Ministry of Internal Trade and Consumer Protection said. Under the new system, even the largest family cannot collect more than three kilos of rice, four kilos of sugar and one kilo of tea a month, it said on its Facebook page.

5. The Syrian Observatory for Human Rights said that almost 200 Turkish military tanks and armored vehicles have entered Aleppo and Idleb since Sunday morning. The Observatory said it monitored the entry of a large Turkish military column to the Syrian territory via Kafr Lusin border crossing. “The column of 40 military vehicles including tanks, personnel carriers, armored vehicles and military and logistical supplies, headed to the south but no information has been reported yet about its destination,” it reported.