Yet more civilians have died in airstrikes, as Russian and the regime continue to assault the northwestern province of Idleb reports Zaman Al Wasl. 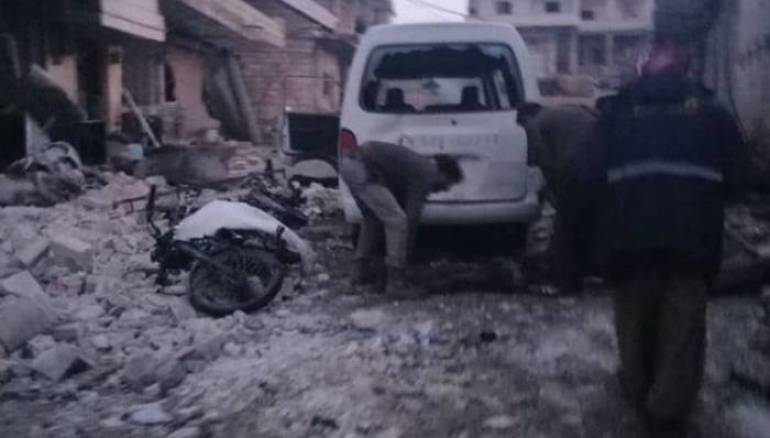 At least 10 people, including children, were killed in airstrikes that rocked a marketplace in Idleb province, as regime forces and their Russian allies intensified an air offensive on the country’s northwest, activists and rescue workers said.

Russia has renewed attacks on marketplaces in rebel-held Idleb province, killing 10 and wounding 20 in the town of Kafr Latah west of Idleb city. Two weeks ago, 19 civilians were killed in Russian airstrikes on the main market in Ariha town.

Two more civilians were killed Wednesday in airstrikes on the western region of Aleppo province.

The heavy aerial bombing targeted most of the western and southern countryside of Aleppo.

The regime forces have been on the offensive for more than a month in northwestern Idleb province and parts of Aleppo, the last rebel stronghold in the country. But in recent days, the regime captured more than a dozen villages in the area as the insurgents’ defenses began to crumble. Al-Qaida linked rebels control much of Idleb province and small parts of the adjacent area in Aleppo.

According to Syria’s Response Coordination Group, 40,000 displaced people have headed to areas near the Turkish border due to the attacks that violate a cease-fire agreement between Turkey and Russia.

In Aleppo, two civilians were killed on Wednesday in airstrikes on the western region of the province as Russian-backed regime forces made rapid gains in the last rebel stronghold in northern Syria.

The heavy aerial bombing targeted most of the western and southern countryside of Aleppo.