In letters sent to the UN, Syria has said that terrorists are keeping civilians as human shields and preventing them from leaving writes SANA. 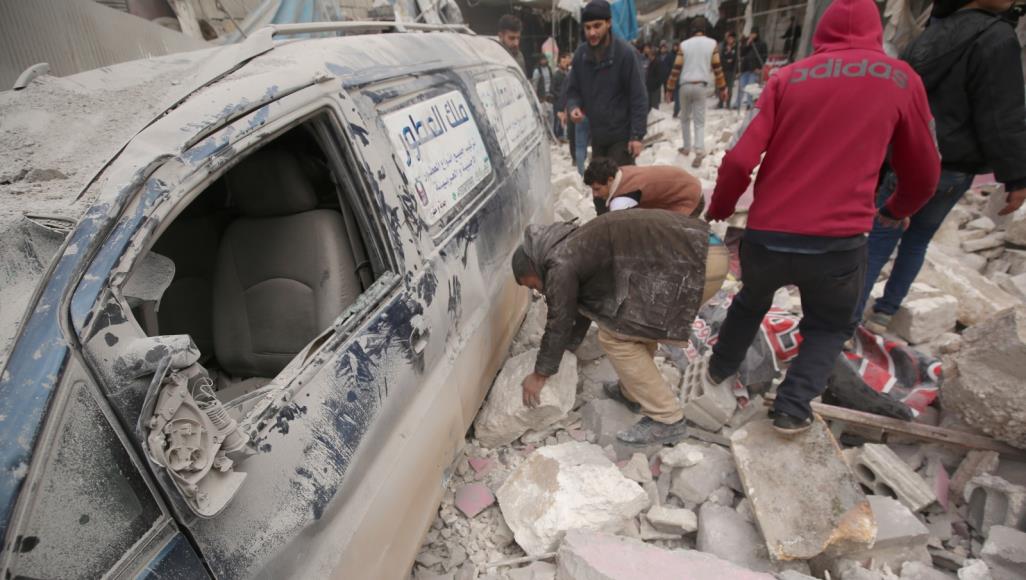 Syria reaffirmed that it will continue carrying out its legal and constitutional duty to fight terrorism and protect Syrians from the criminal practices of armed terrorist groups.

In two identical letters sent by the Foreign and Expatriates Ministry to the UN Secretary-General and the head of the Security Council on Saturday, Syria said that whenever the Syrian Arab Army makes progress in fighting terrorism, the states which sponsor terrorism always launch fervent media misdirection campaigns.

The letters pointed to the suffering of civilians due to the practices of terrorist groups, which have been spreading death and destruction for nine years wherever they go, using civilians as human shields, turning hospitals and schools into military centers, and firing shells and rockets arbitrarily at residential areas.

The letters said that recently, terrorists positioned in the western outskirts of Aleppo province and in other areas increased their attacks on residential areas in cities in Aleppo, Idleb, and Lattakia, claiming the lives of dozens of civilians, most of them women and children.

The letters noted that the Syrian government has taken steps to provide humanitarian aid to innocent civilians in areas where terrorists are positioned, as well as working to ensure their safe exit from those areas, but terrorists continue to target civilians and prevent them from leaving so that they can keep using them as human shields.

The letters said the Syrian government will spare no effort to save civilians in the areas where terrorists are present, affirming that the military operations against terrorists come as a response to the sources of their attacks against innocent civilians.