After recent regime advances, oppositions forces have hit back and secured three villages in the eastern countryside of Idleb writes Zaman Al Wasl. 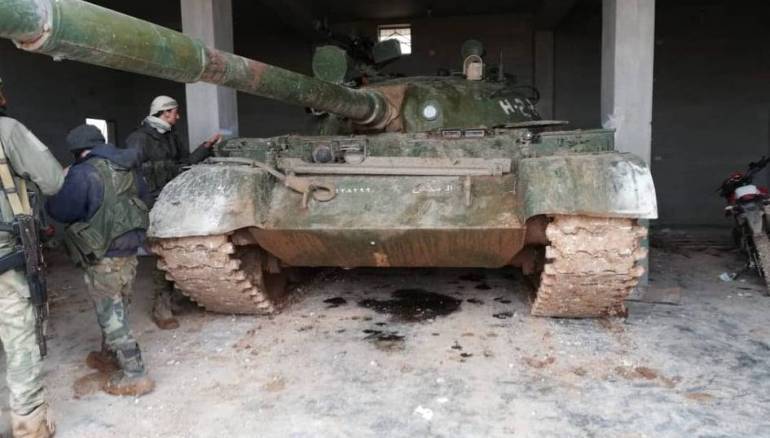 The Turkish-backed forces launched a surprise attack on eastern Idleb where the Russian-backed regime force and allied militias have made rapid gains in the last rebel stronghold since mid-December.

On Dec. 20, 2019, the regime and its allies launched a military campaign mainly in the cities of Maarat al-Nu’man and Saraqib as well as the surrounding rural areas, capturing 35 residential areas.

Speaking in Ankara, Suleyman Soylu said that Turkey will never abandon its neighboring countries, adding that Turkey’s Disaster and Emergency Management Presidency (AFAD) and the Turkish Red Crescent have helped many of those affected.

Turkey is continuing with intensive efforts to help all displaced people with its official and non-governmental organizations, Soylu underlined.

Airstrikes in the region were halted following a visit to Moscow by a Turkish delegation led by Deputy Foreign Minister Sedat Onal on Dec. 23, 2019.

Turkey and Russia agreed in September 2018 to turn Idleb into a de-escalation zone in which acts of aggression are expressly prohibited.

Since then, more than 1,300 civilians have been killed in attacks by the regime and Russian forces in the de-escalation zone as the cease-fire continues to be violated.

Over a million Syrians moved to the Turkish border due to the intense attacks last year.

According to the National Coalition for Syrian Revolutionary and Opposition Forces, Idleb province is home to around 3 million civilians, 75 percent of them women and children.