Following the killing of Qassim Soleimani, Iraqi authorities are now questioning the crew of the civilian plane which carried Soleimani writes Asharq Al-Awsat. 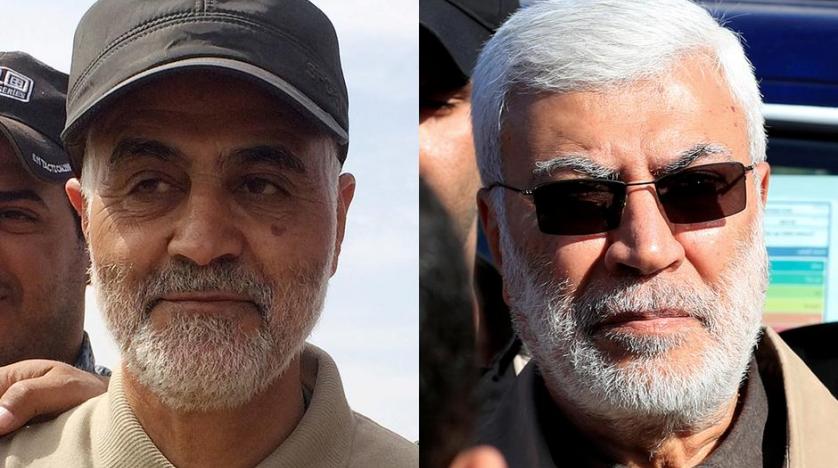 According to the spokesman, Abdul Karim Khalaf, Iraqi authorities are now questioning the crew of the civilian plane which carried Soleimani on his last voyage from the Syrian capital, Damascus, to Baghdad.

The investigative committees have started work, and we will investigate all those we believe were aware of some facts and information inside the airport,” Sputnik quoted the spokesman as saying.

However, local sources reported to Asharq Al-Awsat that the Popular Mobilization Forces is conducting its own investigations into the incident. That has led to the “precautionary arrest of two people who were on board the plane that transported Soleimani.”

Sources confirmed that the two arrested were an Iraqi national and a Syrian national suspected of collaborating with the US for targeting Soleimani and al-Muhandis.

“Another group of employees and officers was arrested at Baghdad airport, who are believed to be linked to the incident,” sources added.

The Iranian commander arrived in the Iraqi capital aboard a commercial flight of the Sham Wings, a Syrian private carrier, according to several sources.

The New York Times, quoting US military and intelligence officials, reported that the airstrike hit the convoy immediately after it left the Baghdad International Airport.

The New York Times also reported that present and former US commanders and intelligence officials said the attack specifically relied on classified “informants, electronic intercepts, reconnaissance aircraft and other surveillance.”

According to TRT World, a US Department of Justice declassified legal brief revealed that the White House can order a drone strike on a target only ‘with near certainty’ of their presence.

The fact that the strike took place as the cars left the airport suggests that the drones were already in a ‘holding pattern’ in the skies, waiting for the moment to strike.

There are no operational US drone bases in the area, with only three drone bases having a history of making strikes in Iraq. Specifically, these are the Ali al-Salem airbase in Kuwait, al Udeid airbase in Qatar, or the Al Dafra airbase in the UAE.

Even if the drones took off from the closest airbase in Kuwait, that’s nearly 570 km of travel time to be made before his landing, and manageable for the MQ-9 Reaper drone, with a range of over 1800 km and a top speed of 480 km/h.