Russia moves to prevent Hezbollah drug trade, 90 regime fighters die in Idleb, call for action to prevent a humanitarian crisis and US strikes against Iran-backed groups. Catch up on everything that happened over the holidays. 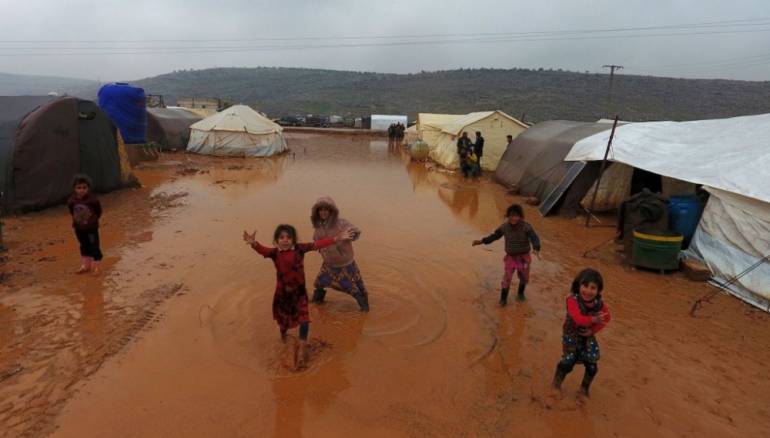 1. Russia is set to deploy military police along the Syrian-Lebanese border to control the main border crossings, in an attempt to to freeze Hezbollah’s drug trade and weapons supply routes, a well-informed source told Zaman al-Wasl. The planned move by Bashar al-Assad’s key ally came amid reports that the Iranian proxy is using the Syrian border to smuggle cannabis and illegal goods through the border town of al-Qusayr, which is fully controlled by Hezbollah, and the mountainous Qalamoun region.

2. At least 90 Syrian regime fighters and allied militants have been killed by rebels and jihadists since the regime and Russian launched a deadly offensive against Idleb two week ago, a spokeswoman of Russia’s Foreign Ministry said. Maria Zakharova blamed the armed opposition for the attacks on Syria’s last major opposition bastion, calling for an activation of the de-escalation zone agreement with Turkey.

3. Syrian opposition leader Nasr al-Hariri called on the international community to help millions of civilians in the country’s last rebel-held stronghold, amid a crushing government offensive, calling it a “disaster area.” He added that large numbers of people are fleeing towards the Turkish border in what could trigger a new refugee crisis. “We declare this area a disaster area and it should be dealt with accordingly,” Hariri was quoted by Asharq al-Awsat.

4. On Sunday, US Defense Secretary Mark Esper said airstrikes against a pro-Iran militant group in Iraq and Syria succeeded, and he did not rule out additional action “as necessary.” He added, as per Al-Araby al-Jadeed, “The strikes were successful. The pilots and aircraft returned back to base safely,” Esper told reporters after F-15 jet fighters hit five targets associated with Kataib Hezbollah in western Iraq and eastern Syria. The targets were either command and control facilities or weapons caches for the militia group, he said, hours after the Pentagon announced the strikes.

5. Russian Foreign Minister Sergey Lavrov and his Iranian counterpart Mohammad Javad Zarif affirmed the need to eliminate terrorism in Syria, SANA reported. During a joint press conference on Monday, Lavrov said that some states continue to protect terrorist organizations in Syria in violation of the Security Council’s resolutions, stressing the need to continue fighting terrorism until it is completely eliminated. He also emphasized the need for the international community to help return displaced Syrians to their homes