The Syrian army to preparing to launch an offensive to recapture and secure the Aleppo-Hama Highway and the surrounding towns writes Al-Watan. 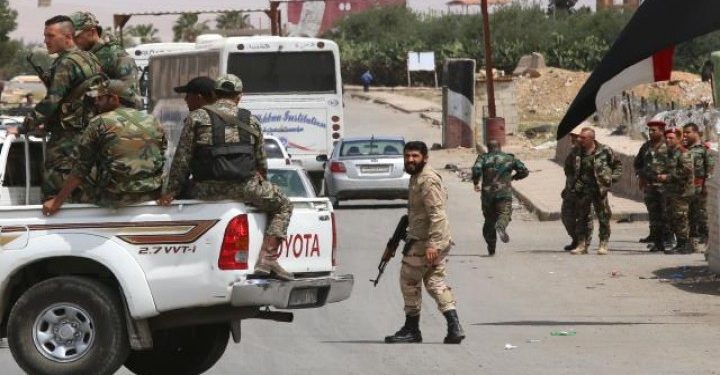 The Syrian Army has begun wide-ranging preparations with various weaponry in the eastern countryside of Maarat al-Nu’man and Saraqeb, in an attempt to launch a military operation, apparently to access the highway connecting Hama and Aleppo with the aim of securing it and putting it into service, in accordance with the Sochi agreement between the Russian and Turkish presidents in mid-September 2018.

A source on the ground in the southern Idleb countryside told Al-Watan that the Syrian army’s artillery and rockets and the joint Syrian-Russian air attacks had struck terrorists in the Maarat al-Nu’man area and Deir Sharqi, Hesh, Jarjnaz and Khan Assubl, as well as in al-Tah, Deir Gharbi, Maar Shoreen, Maar Shamsa, al-Halbeh, al-Raffa, Babolin, Talmenes, Babbila, al-Ghadqa and Mardikh in southern and southeastern Idleb and along the international highway from the eastern side, killing many terrorists and destroying their military vehicles.

Military experts who spoke to Al-Watan believe that the Syrian army after sending heavy reinforcements to Khan Sheikhoun in the southern Idleb countryside and to the town of Sinjar in the southeastern countryside have prepared for a land operation against Maarat al-Nu’man and Saraqeb, the two biggest strongholds on the international highway that connects Hama to Aleppo and divide the highways between central and northern and western Syria.

They said that the land military operation could be launched at any moment after the Syrian army had undertaken preparatory fire for three days and stepped up its strikes on movements and centers controlled by terrorists in the southern and southeastern Idleb countryside, and was able to destroy artillery, tanks and ammunition depots, killing and wounding hundreds of terrorists—in particular Jabhat al-Nusra terrorists and related terrorist organizations, who control most of the province and its surrounding countryside in Lattakia, Hama and Aleppo.

The experts pointed out that the Syrian army will seek to extend its influence to the eastern side of the Aleppo-Hama Highway, where there are four Turkish observation points: in al-Sorman, east of Maarat al-Nouman; Tel Touqan, east of Saraqeb; al-Eis, south of Aleppo, and al-Rashideen, west of Aleppo; and the Maar Hattat point, near the village of Haysh, north of Khan Sheikhoun.