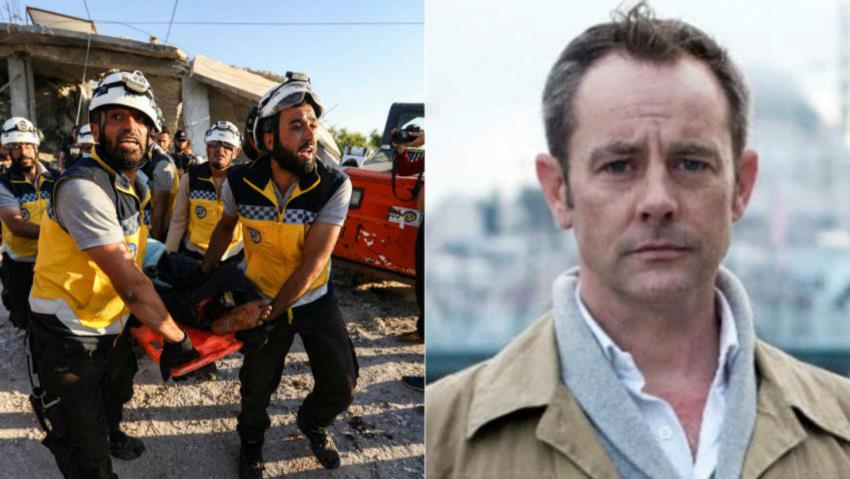 James Le Mesurier was an ex-British Army officer who set up Mayday Rescue which helped train the White Helmets, a volunteer group responding to bombings by Syrian government forces.

He was found dead on November 11 outside the Istanbul apartment building where he lived.

The autopsy report said he died due to “general body trauma linked to a fall from height”, state broadcaster TRT Haber said.

No DNA belonging to another person was found.

Turkish police are believed to be treating the death as suicide.

Local media has claimed he sought help for mental health issues and his wife, Emma Hedvig Christina Winberg, reportedly told police he had had suicidal thoughts two weeks before his death.

Authorities barred his wife from leaving Turkey until the investigation has been completed, Turkish agency DHA reported last month.

The couple’s domestic worker, who was in the building at the time, has told police she knew nothing about how Le Mesurier died, according to DHA.

In the aftermath of his death, a top Russian official had alleged Le Mesurier was a spy – a claim Britain strongly denies.

Following his death, activists on social media have suggested the involvement of Russia’s intelligence agency, the Federal Security Service (FSB).