As the regime army pushes its offensive against Idleb, families living in the area are fleeing to avoid the carnage reports Zaman Al Wasl. 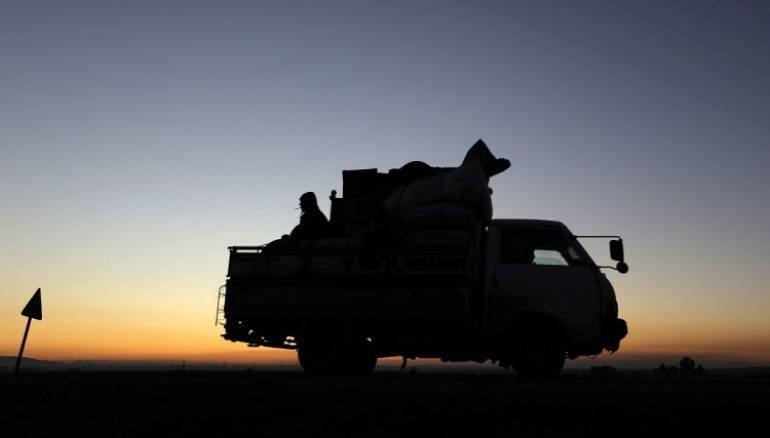 About 2,150 Syrian families have fled their homes in Idleb province in the past 24 hours as regime forces wage a major offensive to take the last rebel stronghold in northern Syria, local monitoring group said Saturday.

According to Syria Response Coordinators Team, at least 61,229 people have been displaced since the beginning of November.

The regime army has been pressing to take control of a strategic territory located between Idleb and Lattakia province to cut the main supply route and to weaken the unprecedented resistance by rebels.

Assad forces launched a blistering military campaign against Idleb in April, killing around 1,000 civilians and displacing more than 400,000 people from their homes.

A ceasefire announced by Russia has largely held since late August, although dozens of civilians have been killed in sporadic bombardments since then.