The new power plant will improve oil and gas production in Kurdish-held areas and is expected to be completed in the next two months reports Zaman Al Wasl. 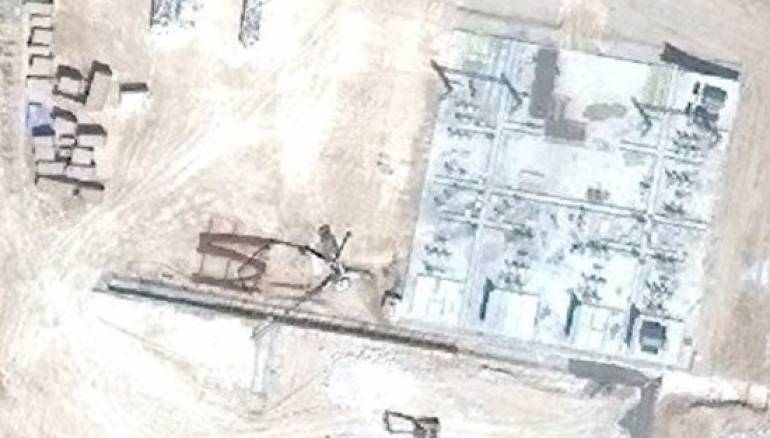 In an effort to improve oil and gas production in Kurdish-held areas, the US-led Syrian Democratic Forces (SDF) is building a new power plant south of the Jbeissa oil and gas field in northeastern Hassakeh province.

A source provided Zaman al-Wasl with aerial photographs of the station, where construction started earlier this month. The station includes US-made generators and a conversion station with a capacity of 66/230 kilovolts.

This station was established to secure the necessary electricity for the Jbeissa gas plant as well as the field’s oil plant, in addition to the Kebiba station, east of Jbeissa. The construction of the plant is expected to be completed within the next two months. The required electricity will be directly generated by the four existing generators, while the station is connected to the medium-voltage grid from the Sweidiyah power plant north of Hassakeh.

The factories and fields belonging to the Jbeissa Directorate were previously fed from the conversion station in Shadadi, which was demolished in recent years.

This course of action is part of the rehabilitation process for all fields and wells under the SDF’s control, in order to benefit from them in the next phase, all of course, under US sponsorship.

The Kurdish territory has been shrunk due to last month’s Turkish military operation.

Turkish forces have created a 120-kilometre (75-mile) “safe zone” between Tel Abyad and the town of Ras al-Ayn, pushing the YPG-led forces out of the area. Turkish troops on Friday began joint patrols with Russian forces.