The regime's forces used heavy aerial and ground bombardments, but were unable to unseat the rebels, losing a number of fighters in the process writes Zaman Al Wasl, 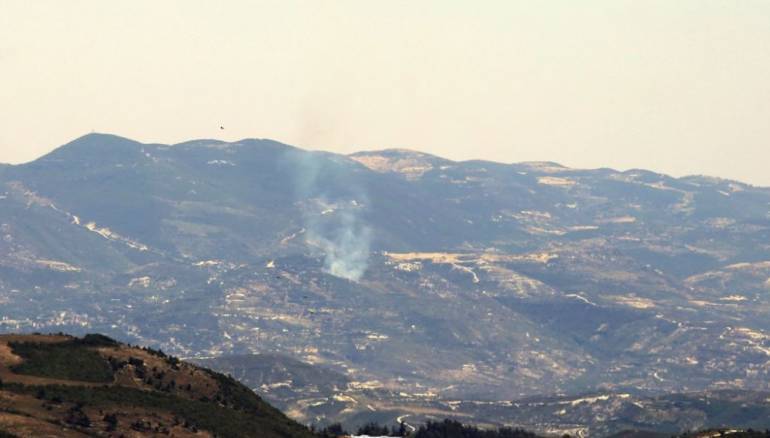 The regime army is seeking to take back four hilltops seized by the Turkish-backed fighters on Friday.

The overnight attack on the Kabana hilltops in the Mount Turkman area came after two weeks of scattered clashes, as the regime mobilized troops in the southern countryside of Idleb, seeking to take the last rebel stronghold near Lattakia city.

The regime has been using heavy aerial and ground bombardment but rebels are still showing fierce resistance.

The moderate rebels have shown resistance by thwarting several incursion attempts by the regime forces and allied Russian Special Forces in the southern countryside of Idleb and the Kabana hilltops.

Clashes on the Kabana battlefront have left dozens of soldiers dead and wounded, activists said.

In Idleb province, three civilians, including two children, were killed on Monday in regime airstrikes on the embattled opposition bastion.

The strikes hit the villages of al-Kafayr and al-Janpidiya, and the town of Jisr al-Shughour. Dozens of people were wounded.

The Idleb region, which is home to some 3 million people, including many displaced by the eight-year war, is controlled by Syria’s former al-Qaeda affiliate.

Bashar al-Assad’s forces launched a devastating military campaign against Idleb in April, killing around 1,000 civilians and forcing more than 400,000 people to flee their homes.

But a ceasefire announced by the regime’s major backer Moscow has largely held since late August, though the Syrian Observatory for Human Rights say that skirmishes persist.

Eight years of war in Syria have killed 560,000 people and driven half of the pre-war population of 22 million from their homes, including more than 6 million as refugees to neighbouring countries.