Havrin Khalaf was killed when her car was struck on the road to Qamishli on Saturday, with initial indications were that her car was hit by Turkish forces reports Rudaw. 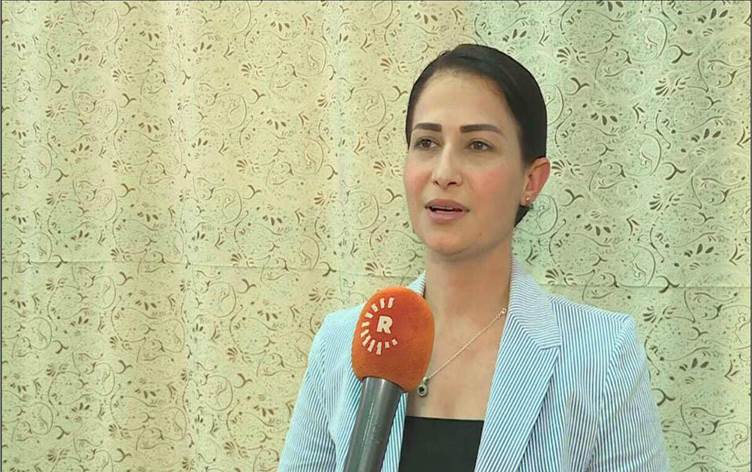 A senior Kurdish politician in northeastern Syria was killed by an as of yet undetermined party as fighting between Turkish and Kurdish forces continues. The political wing of Kurdish-led forces in the area have since claimed her killers were “Turkish-backed” mercenaries.

Havrin Khalaf was Secretary General of the Future Syria Party, and known for her leadership on women’s rights. She was killed when her car was struck on the road to Qamishli on Saturday.

Rudaw’s reporter in Qamishli said initial indications were that her car was hit by Turkish forces. The Syrian Democratic Council (SDC), the political wing of the Kurdish-led Syrian Democratic Forces (SDF) in northeast Syria, also blamed Turkey for her death.

On Saturday evening, the SDC claimed Khalaf and her driver had been “executed” by Turkish-backed forces.

“She was taken out of her car during a Turkish-backed attack and executed by Turkish backed mercenary factions on the International Road between Qamishlo and Manbij, where her driver who was also martyred,” the SDC statement said.

However, the Syrian Kurdish outlet ANHA, which is tied to the main Kurdish group in the SDF, the People’s Protection Units (YPG), said Islamic State (ISIS) militants were responsible for her death.

The Future Syria Party was established in March 2018. Its founding congress took place in Raqqa under the slogan “democratic, pluralistic and decentralized Syria.” The party sought to draw membership from across ethnic groups and religions, and build relations with Turkey and Iraq.

In her role, Khalaf prioritized women’s issues in the autonomous corner of Syria. Last month, she attended a forum of tribal women in Tabqa, Syria, where she expressed pride in the progress women have made in northeastern Syria under the Kurdish-led administration.

This “huge gathering of women is evidence that women have been able to get out of the shell or cease hiding behind their mask,” she told ANHA at the first of its kind event.