Erdogan says operation east of Euphrates to start imminently, Russian airstrikes hit Idleb, Iranian presence grows and motorcycle bomb explodes in Aleppo. Catch up on everything that happened over the weekend. 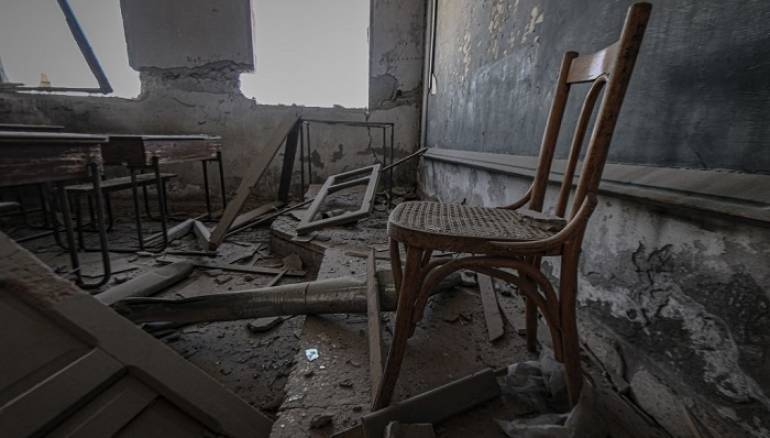 1. On Saturday, Turkish President Recep Tayyip Erdogan said that Ankara will carry out an air and ground military operation east of the Euphrates River in Syria “as soon as today or tomorrow”, Asharq al-Awsat reported. Speaking at the opening of the AK Party’s annual camp, he said Turkey aimed to “water the east of Euphrates with fountains of peace” and settle refugees there. His remarks were the most direct indication of an incursion since Ankara and Washington decided to establish a “safe zone” in the area.

2. On Friday, Turkey-backed Syrian rebels pledged to back a potential cross-border offensive, which Ankara has threatened to mount against Kurdish fighters in northeastern Syria. Ankara and Washington, as per Reuters, have agreed to set up a safe zone in northeast Syria along the border with Turkey, which wants to expel the Syrian Kurdish YPG militia from the frontier. “We stand in full force in support of our Turkish brothers in fighting all forms of terrorism represented by the PKK gangs,” Salim Idris, an official from the Turkey-backed Syrian opposition, told a news conference in southeast Turkey.

3. On Saturday, nine fighters were killed in Russian airstrikes on Syria’s war-torn province of Idleb, according to the Syrian Observatory for Human Rights. “Russian airstrikes this morning targeted Hurras al-Deen and Ansar al-Tahwid in eastern Idleb… killing nine jihadists,” said the Syrian Observatory for Human Rights, adding that eight others were wounded. Six of the dead were members of the al-Qaeda linked Hurras al-Deen, a group which is also targeted by the US-led coalition.

4. After more than eight years of war and bloodshed in Syria, the Iranian presence in the nation is at an all-time high, warned the top Syrian opposition figure. “Iranian influence is getting bigger and bigger. They are the ones controlling the Syrian state, Syrian army, Syrian security and are infiltrating society, such as the schools and religious sites,” Nasr al-Hariri, president of the Syrian Negotiation Commission (SNC), told Fox News following the UN General Assembly last week. “While the air cover is being provided to the government by Russia, the troops on the ground are controlled by Iran.” Most disturbing, Hariri underscored, is that many who oppose the government and have been rendered with little choice but return to their broken lives and homes, and are now aligning with Iranian militias for survival.

5. SANA reported that on Saturday, the Ministry of Public Works and Housing received the first batch of machinery and engineering equipment from the Russian company Stroyekspert. The first batch of equipment, received by the ministry at Tartous Port, is part of the memo of understanding inked in 2018 between both sides on cooperation in the field of public constructions and the implementation of housing projects.

6. On Saturday, a number of civilians were injured when two booby-trapped motorcycles exploded in Jarablus city and Qabasin town in Aleppo’s northern countryside, SANA reported. Local sources said that the two explosions injured a number of civilians and caused material damage to the houses and infrastructure in the surrounding area.