A Syrian refugee has created a buzz with her YouTube channel that teaches other Syrian children the Turkish language reports Zaman al Wasl. 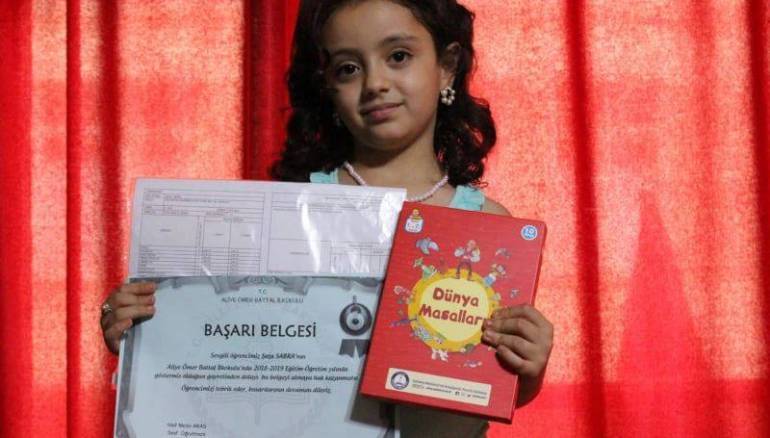 The 10-year-old Shatha Sabra was able to master the Turkish language so well that she created a YouTube channel to teach Syrian children in Turkey the language.

In 2014, Sabra fled Syria with her family to Lebanon to escape Assad’s terror and then to Turkey.

After the Turkish Ministry of Education announced that they would be accepting Syrian children in Turkish schools, Shatha registered in the first grade.

Ahmed Sabra, her father, told Zaman al-Wasl that Sabra caught the attention of her teachers because of how quickly she absorbed the language, despite her family speaking only Arabic.

The 10-year-old appeared with her father in a video aimed at stopping the bloodshed created by the fighting between the Syrians and the Turks. She translated her father’s words into Turkish. The video spread widely and achieved positive results showing that Syrian refugees are not tourists, and are both good and bad.

In her videos, some of which are educational, Shatha also addressed the Turkish government.

Shatha is known among her classmates and teachers at the school as the ‘translator’, and according to her father, she receives very good treatment from the administrative and teaching staff and because of her speedy assimilation. Teachers have relied on her to communicate information to her Syrian peers who cannot understand Turkish. The management also relies on her to translate for them when the family of a student does not speak Turkish.