The home of Houriya Mohamed Bakr and her husband was invaded by unknown men, who tortured and killed the couple, which caused an uproar among activists reports Brocar Press. 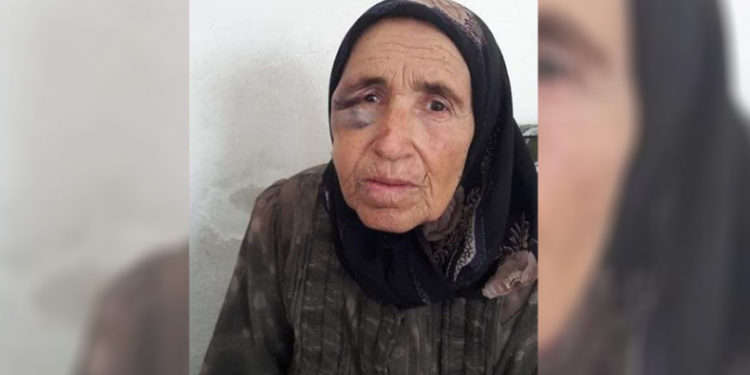 In a phenomenon overlooked on social media for a long time due to ideological, ethnic and factional differences, most Syrians reject violence and torture. The death of the elderly woman Houriya Mohamed Bakr inspired the anger and sadness of Syrian activists on social media after she died on Thursday from wounds resulting from torture, which she and her husband Mohiddin Ousou were subjected to, which killed him immediately on Aug. 25. 2019.

That day, unknown people broke into the home of the two elderly people in the Ashrafiyeh district in Afrin to rob it, and then tortured the husband, killing him immediately. But activists from the area accused members of the Syrian National Army of being involved in the crime, specifically members of the group that controls the area: The Syrian Front.

The lawyer Haydar Houri said that blame was directed towards the faction that controls the district where the two victims had been living, as they were responsible for the security and safety of citizens.

Houri blamed the group that controls the district for the security shortfall, which has been exploited by thieves or perhaps even members of the rebel groups themselves (according to accusations by residents of the area), with theft being the main objective of the criminals.

Houri noted that measures should be taken to contain the security situation in the area, such as restructuring the police for it to be 50 percent original residents of the area, and removing the rebel groups from among civilians and keeping them to their barracks, as well as abrogating military courts, and for civilians courts to rule on crimes and violations by militants.

The criminals have not yet been identified, while the National Army suspects thieves of carrying out the crime, vowing to punish them if they are arrested.

Turkey at the start of last year launched Operation Olive Branch with support of rebel groups close to them and took control of the Kurdish-majority Afrin, which led to most of its residents being expelled, who had been suffering from violations by Kurdish People’s Protection Units (YPG) previously and now from the rebel groups that control the area.