Turkish border guards have killed a women and injured two others with stray bullets, amidst reports of people trying to cross into Turkey being shot at and tortured reports Zaman Al Wasl. 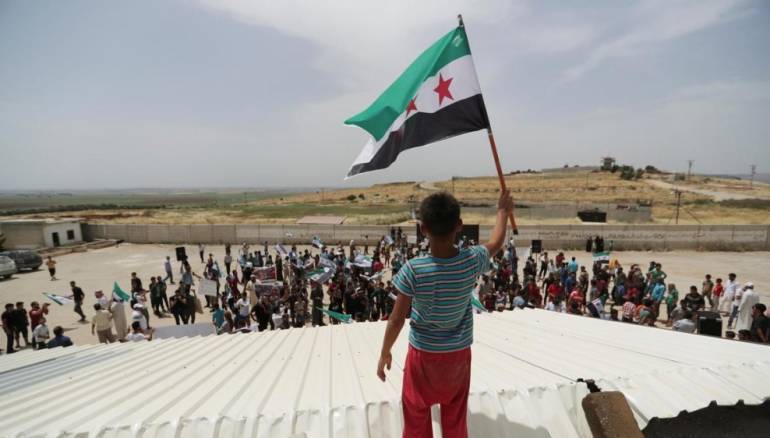 Stray bullets of Turkish border guards (Jandarma) have killed a displaced woman in a refugee camp in the Jisr al-Shughour region of northwestern Syria, activists told Zaman al-Wasl on Sunday.

Two more women were wounded by Jandarma in the Aleppo Camp near the town of Darkush.

Since the beginning of the Syrian revolution, the Turkish Jandarma have killed more than 430 Syrians, including 77 children, most of them were fleeing the regime bombing of northern Idleb province, according to the Britain-based Syrian Observatory for Human Rights.

Hundreds of displaced Syrian have been trying to flee the war-torn country towards Turkey using dangerous smuggling routes, which cost 700 dollars per person.

Jandarma forces are indiscriminately shooting at and summarily returning Syrian asylum seekers attempting to cross into Turkey, according to Human Rights Watch.