Drone attacks in Hama, Iranian oil unloaded in Syria, damages to churches recorded and anti-regime protests in Idleb. Catch up on everything that happened over the weekend. 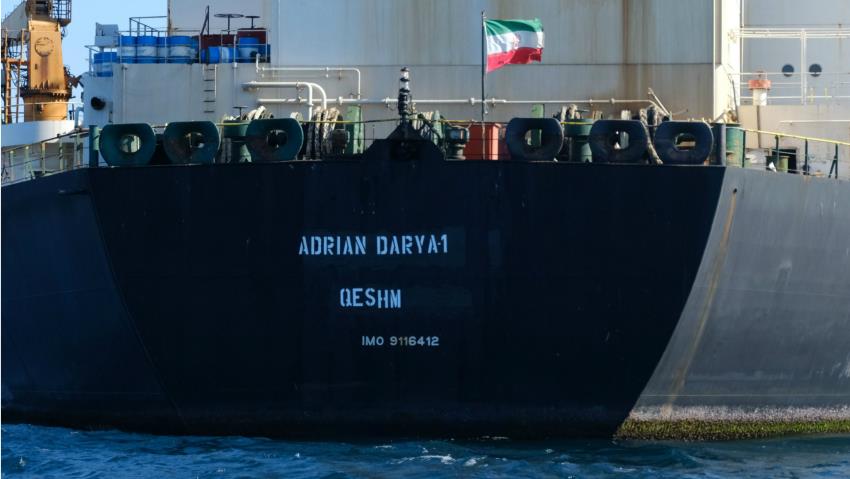 2. Satellite images have shown the formerly detained Iranian oil tanker, which triggered a dispute between Tehran and western powers, dock at the Syrian port of Tartous after going dark earlier in the week, according to a US space technology company, Maxar Technologies Inc.  Al-Araby al-Jadeed quoted the company as saying that the Adrian Darya, formally named Grace 1, was very close to Tartous on Sept. 6, 2019, after turning off its transponder for more than 13 hours in the Mediterranean west of Syria, Refinitiv ship-tracking data showed on Tuesday. The tanker, which is loaded with Iranian crude oil, was detained off the coast of Gibraltar by the British navy in early July on suspicion of heading towards Tartous to offload oil in contravention of European Union sanctions on the Syrian regime. Gibraltar’s authorities ultimately released the Iranian oil tanker last month, despite repeated US requests to seize the tanker, claiming that it is controlled by the Iranian Revolutionary Guard, which it classifies as a terrorist organisation.

3. As many as 124 churches have been damaged or targeted by military forces on all sides of Syria’s civil war, which has stretched on for more than eight years, according to a new report by the Syrian Network for Human Rights (SNHR). 75 reported attacks involved forces supporting the regime of President Bashar al-Assad, 33 involved armed opposition forces, 12 involved the Islamic State or other Islamic extremist groups and four incidents involved other fighting groups.

4. UN human rights chief Michelle Bachelet says her office has recorded more than 1,000 civilian deaths in northern Syria over the last four months, the majority of them due to airstrikes and ground attacks by President Bashar al-Assad’s forces and their allies. On Wednesday, she told reporters in Geneva that 1,089 civilians in the war-battered country were killed between Apr. 29 and Aug. 29, 2019, including 304 children. She was quoted by Asharq al-Awsat as saying, “nearly all, 1,031 of the deaths, were reportedly attributable to government forces and their allies in Idleb and Hama provinces. Another 58 were caused by “non-state actors.”

5. On Friday, hundreds of Syrians held anti-regime protests in rebel-held Idleb province where a fragile ceasefire has paused a deadly months-old offensive. Some demonstrators gathered near the Bab al-Hawa border crossing with Turkey, where Turkish border guards last week fired warning shots and tear gas to disperse Syrian protesters. They waved the three-star flag of the eight-year-old uprising and chanted against Bashar al-Assad’s regime, while some called on rebel backer Turkey to open its borders. “We only want the Turkish government to open its borders for our brothers who live under the olive trees,” protester Abou Haytham told AFP, referring to displaced Syrians living in the open air.