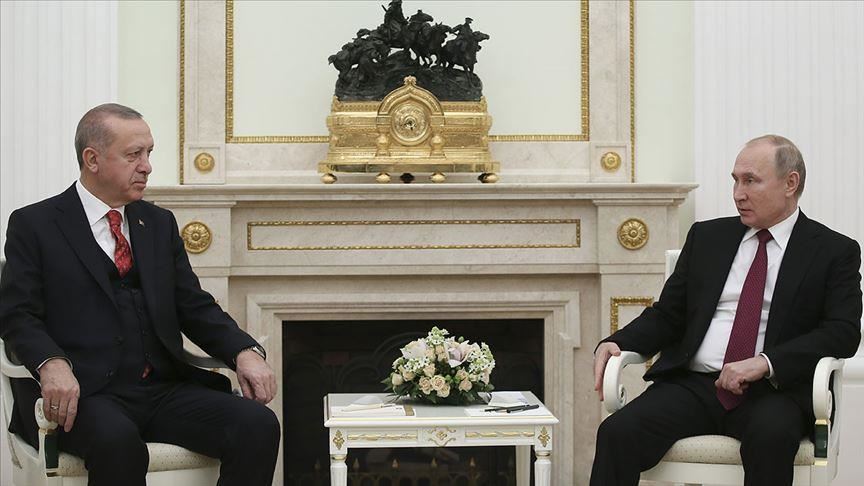 Turkish President Recep Tayyip Erdogan and his Russian counterpart Vladimir Putin met at the Zhukovsky International Airport in the capital Moscow on Tuesday.

The two leaders are expected to exchange views on bilateral relations as well as regional and international developments, particularly Syria, in a closed-door meeting.

They will also hold a joint news conference after the meeting.

Earlier Tuesday, Erdogan and Putin attended the inauguration ceremony of the International Aviation and Space Salon MAKS-2019, one of the world’s leading events in its field.

Ahead of the bilateral meeting, Erdogan told reporters that he was “pleased” to visit the fair, both seeing the fighter aircrafts and passenger planes.

He said Russia’s steps taken in space aviation proves its position in the science area.

Putin, for his part, said Russia and Turkey can unite efforts in the aircraft construction industry.

“We have introduced you to a whole chain of both military and civilian production. This demonstrates not only Russia’s capabilities in the aerospace sector, but also demonstrates the possibilities of cooperation.

“We know about your plans for high-tech development of the economy in Turkey. We could combine our efforts in those areas that are most in demand,” he said.

Putin also the leaders will discuss “sensitive regional issues” during the bilateral meeting.