Turkey’s foreign minister has emphasised that the safe zone in northern Syria must go ahead and the US cannot delay its creation writes Anadolu News Agency. 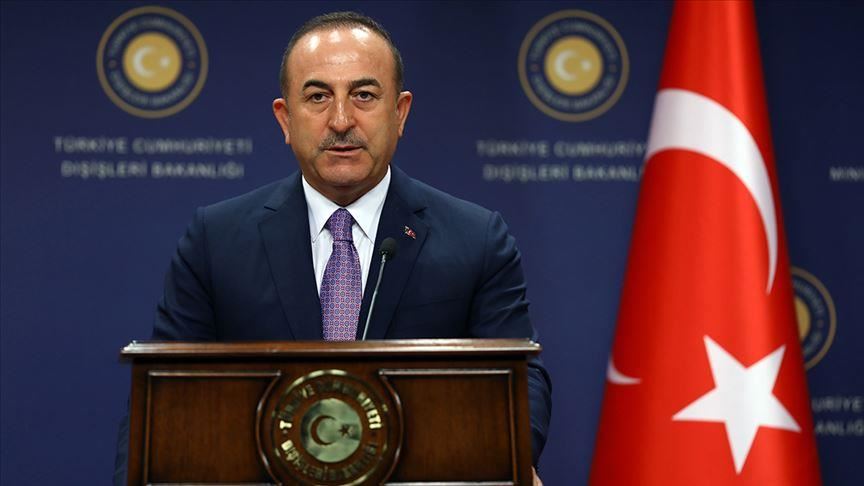 The U.S. will not be able to stall Ankara on the establishment of a safe zone in northern Syria, Turkey’s foreign minister said on Thursday.

“What we say since the beginning is that a U.S. stalling tactic will not work. Unfortunately, they employed such stalling on Manbij [Syrian town], they did not keep their promise,” Mevlut Cavusoglu told a joint news conference with Nabeela F. Tunis, his counterpart from Sierra Leone.

The east of the Euphrates River has since become a terror nest after Washington failed to keep its promises, Cavusoglu said, adding that the U.S. continued to provide aid to terrorists in the region.

The Manbij deal between Turkey and the U.S. focuses on the withdrawal of YPG/PKK terrorists from the city to stabilize the region, which is located north of Aleppo near the Turkish border.

The YPG/PKK is the Syrian offshoot of the PKK terror group, which has been responsible for the deaths of nearly 40,000 people in Turkey, including many children, women, and infants, for more than 30 years.

Cavusoglu underlined that the preliminary agreement between Ankara and Washington for a safe zone was only a beginning and that there remained “many topics” that need detailing.

“For this reason, we agreed to set up a joint operations center,” he said, adding that several U.S. soldiers arrived in Turkey for this purpose.

“A delegation led by the deputy commander of the U.S. European Command will come to Sanliurfa [province],” he added.

Noting that Turkish unmanned aircraft had begun flights over the region, Cavusoglu underlined that observation points would be erected and joint patrols conducted in the area.

He said: “The aim here is to establish a safe zone and [U.S. President Donald] Trump made a promise for [a depth of] ’20 miles’,” adding that the region could only be “safe” after it was cleared of the YPG and PKK terrorist groups.

On Aug. 7, Turkish and U.S. military officials agreed to set up a safe zone and develop a peace corridor to facilitate the return of displaced Syrians currently living in Turkey to their home country. They also agreed to establish a joint operations center.

The agreement envisages the setting up of measures necessary to address Turkey’s security concerns.

Cavusoglu and Tunis signed cooperation and visa exemption deals for diplomatic, service and special passport holders during their meeting in Ankara.

Later in the conference, Cavusoglu said that the two sides aimed to achieve progress in bilateral relations on business, education, culture, and trade.

Recalling the opening of the Turkish Embassy in Sierra Leone in 2018, Cavusoglu urged the West African country to open a diplomatic mission in Ankara.

He also noted that Sierra Leone’s stability and economic development were important for Ankara, which would increase its support for the country in this manner.

For her part, Tunis said: “Our talks on cooperation in investment in agriculture, mining and various fields are absolutely valuable.

“We want to diversify our economic cooperation. We are expecting an examination team from Turkey to visit Sierra Leone before the year-end.”

Tunis’ three-day visit to Turkey is the first between the country’s on a foreign ministerial level.