The town of Ariha in northwestern Idleb province has witnessed bloody airstrikes that have left 11 people dead, bringing the total from the last 10 days to 103 civilians writes Zaman Al Wasl. 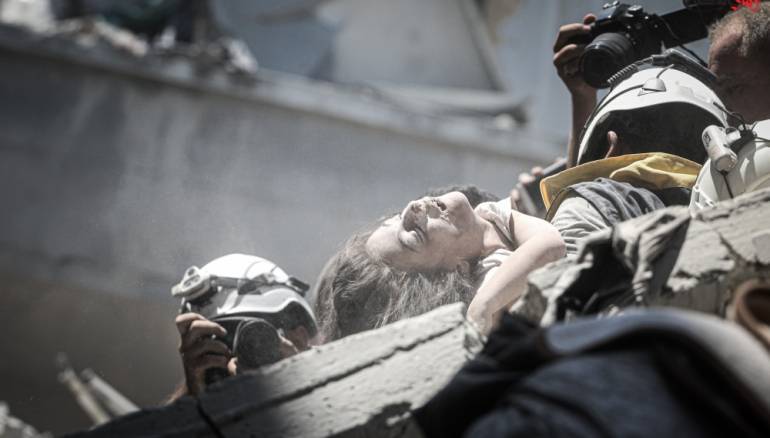 At least 11 civilians, mostly women and children, were killed in regime airstrikes on the town of Ariha in northwestern Idleb province, local activists said Saturday.

Airstrikes by the Syrian regime and its allies on schools, hospitals, markets and bakeries have killed at least 103 civilians in the past 10 days, including 26 children, UN human rights chief Michelle Bachelet said in a statement on Friday.

Idleb and surrounding areas of the northwest were included in a “de-escalation” deal last year between Assad’s main ally Russia and Turkey, which backs some rebel groups, to reduce warfare and bombardment.

More than 400,000 people have been displaced in northwestern Syria over the past three months, the UN said Friday, as the regime presses an intensified bombardment of the rebel-held region.

“More than 400,000 people have been displaced since the end of April,” said David Swanson of the United Nations humanitarian affairs agency OCHA.

The region under attack is home to some 3 million people, nearly half of them already displaced from other parts of the country. It covers nearly all of Idleb and parts of neighbouring Aleppo, Hama, and Lattakia provinces.

Most of the displacement is from southern Idleb and northern Hama, the two areas that have been hit hardest by the flare-up, OCHA said.