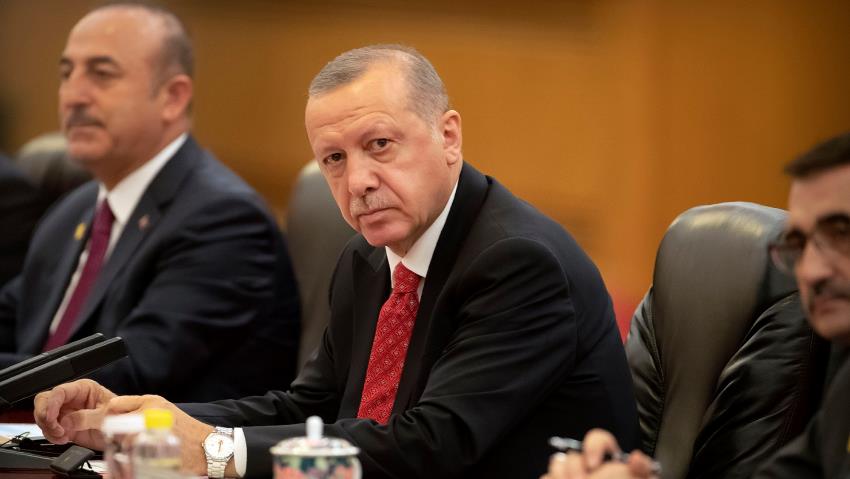 At a meeting with editors of Turkish newspapers in Istanbul, Erdogan said that Turkey would enter Tel Abyad, in north central Syria, and Tel Rifat, in north eastern Syria.

He referred to the areas as a “terrorist belt” and said that the forthcoming Turkish operation would transform them into a “security belt”.

Tel Abyad and Tel Rifat are both Arab-majority towns but are currently controlled by Kurdish-led Syrian Democratic Forces (SDF). The main component of the SDF are the People’s Protection Units, known as the YPG.

Turkey accuses the YPG of having ties to the Kurdistan Workers’ Party (PKK), a militant group which has been fighting to establish a separate Kurdish entity in southeastern Turkey since 1978.

In 2018, Turkey launched a military operation to drive out the YPG from the Kurdish-majority area of Afrin on the Syrian-Turkish border.

Afrin is now controlled by the so-called “Syrian National Army”, a Syrian rebel group allied with Turkey. Many of Afrin’s Kurdish inhabitants have fled while refugees from other parts of Syria have settled there.

Amnesty International has accused the Turkish-allied Syrian rebels in the area of serious human rights violations.

Erdogan said that he had received agreement from the leaders of Russia, Germany, and the United States for the Turkish intervention.

When the YPG captured Tal Abyad from IS in 2015, many of its Arab inhabitants were forced out and have not been able to return. Erdogan said Turkey would build houses in Tal Abyad and Tel Rifat for Syrians who are currently refugees in Turkey.

He also said the new Turkish “security belt” would extend 30-40 kilometres from the Syrian-Turkish border.

Erdogan also said the US had not fulfilled its obligations to expel “terrorists” from Manbij, another Syrian Arab-majority city controlled by the SDF, under a 2018 US-Turkish agreement, adding that “our current goal is to purify this area from terrorism as soon as possible”.

Turkey and the US are allies in NATO, but the US has also backed the SDF, seeing them as partners in the fight against IS.

Erdogan also criticized the current assault by the Syrian regime and Russia on rebel-held Idlib province, which has killed over 600 civilians and displaced more than 330,000, saying that it was not extremists who had been harmed in the assault but civilians.

He called on Russia to return to the September 2018  Sochi agreement, which established a “de-escalation zone” in Idlib province