A mother and her six children have died following an explosion at a refugee camp on the Turkish border reports Zaman Al Wasl. 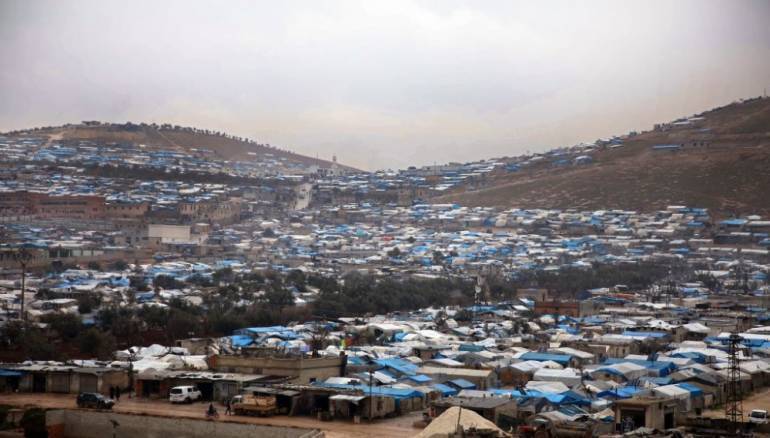 On Wednesday, a displaced mother and her six children lost their lives when their tent caught fire in a refugee camp in northern Idleb province, a local reporter said.

The deadly fire at a camp near the Turkish border started after a gas cylinder explosion, according to Zaman al-Wasl’s reporter.

The Syrian regime and its Russian ally have upped their deadly bombardment on Idleb in recent weeks on, causing more than 200,000 people to flee their homes, according to the United Nations.

More than a third now live outside in the open after failing to find shelter in formal camps for the displaced.