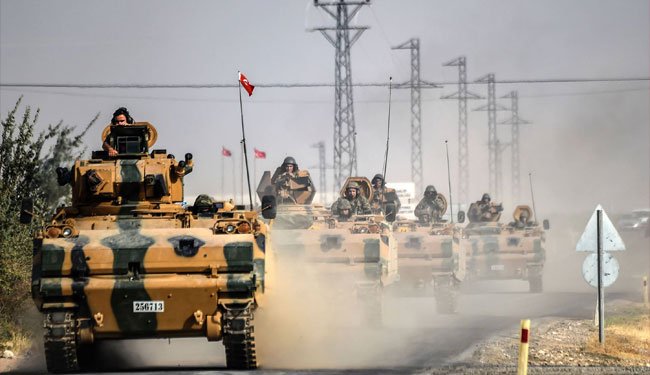 On Tuesday, a military convoy of the Turkish army including a large number of officers entered an observation point near al-Ais (26km south of Aleppo city) in northern Syria.

This coincides with preparations by FSA groups and Islamist units operating in northern Syria to launch a military operation against Syrian regime forces and allied militias with the aim of regaining areas they recently seized.

Regime forces with Russian backing at the end of April carried out a heavy military campaign on northern Hama and in Idleb province during which they took control of Qalaat al-Madiq, Kafr Naboudeh, and a number of other villages, killing and wounding hundreds of civilians, displacing tens of thousands, and destroying infrastructure and service facilities.