The Syrian Democratic Council has said that it is willing to militarily confront Damascus and has stood by their recent meeting of Syrian tribes reports Al-Watan. 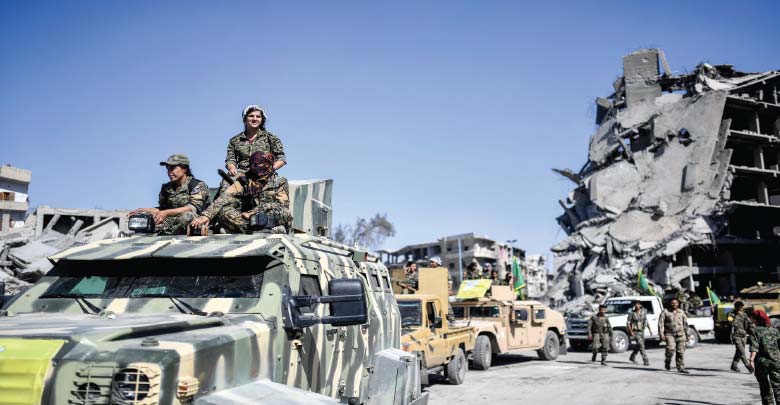 The Syrian Democratic Council (SDC), the political wing of the Syrian Democratic Forces (SDF) militia has increased the severity of its statements toward Damascus, and its call for reconciliation has been met with a determination towards confrontation, while trying to flirt with the Turkish regime in its occupation “safe zone” project, as the SDF presence in it “benefits Turkey.”

After Damascus gave the SDF two choices—either reconciliation or a military resolution—Aisha Hassou, the co-president of the Kurdish Democratic Union Party, the most prominent party in the SDC, focused on the second choice when talking about the so-called decision for the, “defense that the Self-Administration is carrying out to protect its territory, which the SDF is a key part of.”

She said that the SDF was able to fight the terrorists who had been a source of international and regional concern, and therefore defense against any attack is one of the of the foundations of the “Self-Administration” that has always put forward the idea of dialogue and political resolution, and has always stood against the militarization of the crisis—as she claimed.

With regards to the “forum of Syrian tribes” that the SDC held in the town of Ayn Eissa in the Raqqa countryside on May 3, 2019, Hassou said that: “the aim of this forum was to unite visions in order to find a solution to the Syrian crisis” and that it was a: “project of the Self-Administration and the Syrian Democratic Council to influence active forces with the aim of arriving at a solution which saves the country from its current crisis.”

Damascus has previously said that the “conference” was a betrayal by its organizers, who do not represent any of the honorable national communities of Syria, while Moscow said it was an attempt by “Kurdish leaders” to undermine the Astana platform.

Hassou claimed that the “conference” represents a “new platform” putting forward a solution to the Syrian crisis that the country has been enduring for years and that “this forum came to unite Syrians and their message.”

She added that, “the tribal forum has the result of three conferences carried out and previously sponsored by the SDC, and it will continue until it has reached all social and tribal segments who primarily represent the Syrian will.”

Regarding Turkish threats to the SDF, Hassou said: “We have not and will not be a source of threats to Turkish national security. On the contrary, this country is entering Syrian territory and is controlling thousands of kilometers of it, and is pursuing a policy of Turkification and demographic change.”

The co-president of the SDC, Ilham Ahmed said: “ In all the time that we have been at the border with Turkey we have not caused any problems for Turkey, we have not attacked it, and we will not do that if we are not attacked.” She said: “If that happens, we will respond within the framework of international law.”